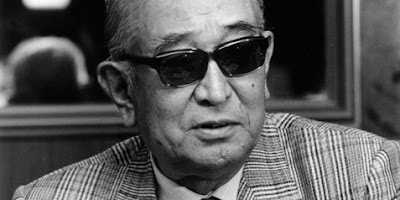 Fans of Akira Kurosawa take notice, especially if you live in the Los Angeles area; the folks behind The Oscars are going to be mounting a retrospective titled “An Academy Salute to Akira Kurosawa” this autumn. Coinciding with the tenth anniversary of Kurosawa’s death on September 6th, 1998 the Academy of Motion Picture Art and sciences will be screening six of the master’s films between September 18th and October 4th at both the Samuel Goldwyn Theater and the Linwood Dunn Theater in Hollywood.

Along with the screenings the Academy has organized a once in a lifetime opportunity for Kurosawa scholars and fans; an exhibition titled “Akira Kurosawa: Film Artist” which includes 100 pre-production drawings and paintings by the director himself. As many of you know Kurosawa studied painting before turning to filmmaking in 1936.

The Academy already paid tribute to Kurosawa giving him an Honorary Oscar in 1990 for “cinematic accomplishments that have inspired, delighted, enriched and entertained worldwide audiences and influenced filmmakers throughout the world.” (Note: There used to be a video of his acceptance speech on Youtube, but damned if I can track it down this morning!)

Thanks to Variety Asia Online for this report, and for additional details on the retrospective and exhibition check out the press release from the Academy of Motion Picture Arts and Sciences here.
Posted by Chris MaGee at 9:16 AM