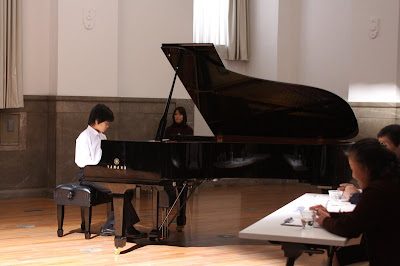 Word from Variety Asia Online today that Toronto-based distributor Maximum Films has picked up the Canadian rights to Kiyoshi Kurosawa's "Tokyo Sonata" as part of a six picture deal. As well as the "Pulse" and "Cure" director's first foray into straight drama Maximum has picked up the rights for five other films featured at TIFF this year: "Disgrace," "$9.99," "Country Wedding," "Laila's Birthday," "Serbis" and "Native Dancer."

Maximum is the distribution company behind such releases as Guy Maddin's "My Winnipeg", Gus Van Sant's "Paranoid Park" and Haromny Korine's "Mister Lonely" all of which got at least limited theatrical releases in Canada, so here's hoping that that trend continues and we see "Tokyo Sonata" on the big screen again in Toronto before its inevitable DVD release.

To check out Maximum's full catalogue of titles check out their official site here.
Posted by Chris MaGee at 6:04 AM