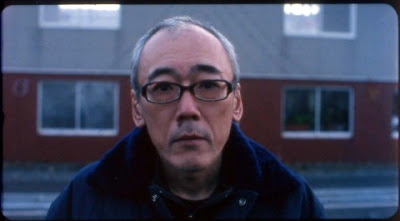 As many of you regular readers of the blog know I am a big, big fan of Masahiro Kobayashi's emotionally blistering 2005 drama "Bashing" so I was obviously excited to hear the news that the Japanese Canadian Cultural Centre had scheduled it as their monthly screening for November; but surfing online today I found that the Freer Gallery of Art / Arthur M. Sackler Gallery of the Smithsonian Institute in Washington D.C. has one-upped us here in Toronto by programming a mini-retrospective of his films during the month of December.

Along with "Bashing" on December 13th the Freer/ Arthur M. Sackler will be screening Kobayashi's 1999 homage to his cinematic hero François Truffaut "Bootleg Film" on December 12th which tells the story of two best friends, a gangster and a cop, who are on a road trip to the funeral of a woman they both loved and carrying a body in the trunk of their car. Then on December 14th Kobayashi's "The Rebirth" which won the director the Golden Leopard at the 2007 Locarno International Film Festival will tie things up. It tells of the tensions between two people living in a small town: a man, played by Kobayashi himself (above) who is the father of a murder victim, the other, played by Makiko Watanabe, is the mother of the murderer.

If you're lucky enough to be in or near the U.S. capital click here to check out additional showtimes and details.
Posted by Chris MaGee at 3:39 PM