2008 comes to an end and so does a Tokyo landmark 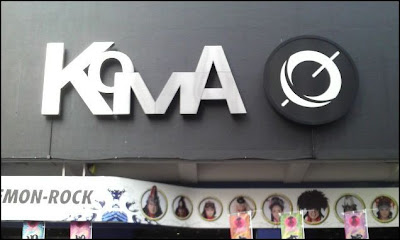 Anyone who lives in Toronto knows that the past few years have seen one landmark movie theatre after another (The Uptown, The Eglinton, The University, etc.) shut their doors to make way for condos, big box retailers or to be converted into "event theatres" that can be rented out for private or corporate functions. It's a sad situation, but it seems that we're not alone in demolishing our cultural landmarks. Come December 31st Shinjuku's Koma Theater will be closing its doors after over 50 years in operation.

Opened in 1956 the 2,000 seat capacity theatre named after its three innovative revolving stages (koma in Japanese translates to "spinning top") was the home for performances of classic kabuki plays as well as playing host to some of Japan's biggest enka stars like Misora Hibari, Yashiro Aki and Saburo Kitajima. Kitajima, who performed at the Koma 1,790 times, held a special concert there in September as a way to "say thank you to the theater."

The reason for the closure? As reported by Variety in July Koma Stadium Co., the company that owned and operated the theatre, was bought out and became a subsidiary of Toho Studios. Taking into account the shrinking audience for old style enka performances and musicals they announced that the Koma would be closed and redeveloped into a new "entertainment complex". So once the current run of performances by the all-female Takarazuka troupe closes on December 22nd there will be one last hurrah with a gala New Year's Eve concert broadcast live on TV Tokyo then it's lights out.

Why is this relevent to a Japanese film blog? Well, the Koma Theater has also been the home of the Shinjuku Koma Toei Cinema, and to commemorate its 52 years of serving movie audiences long time patrons and staff have programmed 12 nights of their favorite films, both past and present. Between December 20th and 31st people will only have to pay ¥500 to see such films as Akira Kurosawa's Sanjuro, Shirô Toyoda's "Yukiguni (Snow Country)" and Takashi Yamazaki's "Always: Sunset on Third Street".

Farewell, Koma Theater. Thanks to The Tokyo Reporter and Japan Zone for the additional details on this sad story.
Posted by Chris MaGee at 3:08 PM