"Mental" to have its North American premiere at MoMA's Documentary Fortnight 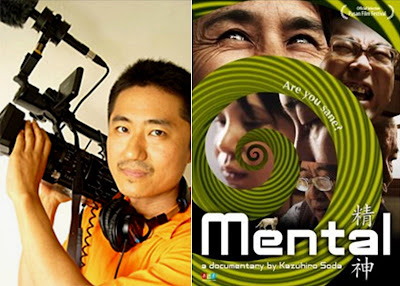 I was very pleased to see that Kazuhiro Soda got such a great response to his 2008 documentary "Mental" at the 2009 Berlinale Film Festival. While he didn't join fellow Japanese filmmaker Sion Sono in taking home any awards from the fest the screenings of Soda's second "observational film" about the lives of the patients at the Chorale Okayama, an out-patient mental health facility in Okayama Prefecture were totally sold out. Congratulations, Soda-san!

Now film audiences in New York will be getting a chance to see "Mental" thanks to the organizers of the Documentary Fortnight taking place currently at MoMA. Before you settle in to watch the Oscars tomorrow night "Mental" will be having its North American premiere at MoMA's Theater 1 at 2:30 p.m. Soda will be on hand for the event to discuss the film in a post-screening Q&A.

If you're not lucky enough to be in the New York City area for this then check out our exclusive interview with Kazuhio Soda about "Mental" here, and make sure to check out the full line-up of MoMA's Documentary Fortnight 2009 here.
Posted by Chris MaGee at 8:47 AM