Hiroyuki Sanada to join the cast of ABC's "Lost" 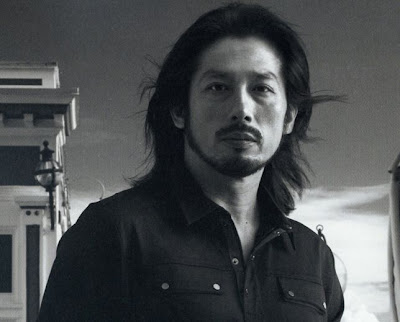 The news of Japanese film stars and directors heading to the small screen has been coming fast and furious this past week. First there was Rinko Kikuchi taking on a role in Fuji TV's "Liar Game", then news of "Linda, Linda, Linda" director Nobuhiro Yamashita directing episodes of the TBS series "Midnight Restaurant" and now we catch wind of another Japanese actor making the shift to TV. Now, while it's fairly common for Japanese actors to move freely between feature films and television in Japan it's not as common to have a Japanese actor shift from film and TV in Japan to American prime time TV, but that's exactly what Hiroyuki Sanada is doing and in a big way.

The 49-year-old star of Yoji Yamada's "The Twilight Samurai" and Chinese director Kaige Chen's "The Promise" has already made the shift to Hollywood films with roles in "The Last Samuraiu" Danny Boyle's "Sunshine" and "Speed Racer", so it's not a total surprise that Sanada is making a shift to American TV, but it's a shift to a major series, namely ABC's "Lost". While I have a few friends who've told me that the series about a group of people shipwrecked on a mysterious island should have been canceled a couple years back ABC is already planning its sitxh season and Sanada is being brought on board to play a character named Dogen.

I'm not sure if this news will have me rushing out to rent all the previous seasons of "Lost" on DVD to catch up before Sanada's appearance, but it is nice to see that Japanese talent is finding a place in the mainstream American entertainment industry. Thanks to Japan Zone for this news.
Posted by Chris MaGee at 3:40 PM