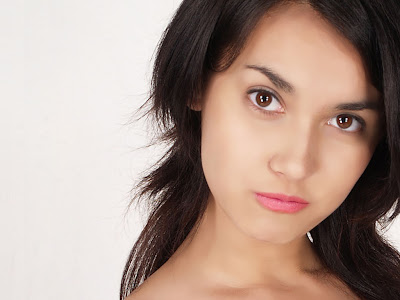 Lord knows life isn't easy being an actor, but for all the confidence crushing auditions, and piecemeal bit parts that actors have to suffer through on the way to to the top (or even the comfortable middle) it's nothing compared to what an actor and/ or actress in the adult film industry has to go through for their work. Throw out the idea of "art", AV roles are hard, sweaty, and often demeaning work that involves everything from public shame to the threat of H.I.V. and the folks who make their way to the top in the industry are very few and far between. You'd think that for a Japanese AV starlet like Maria Ozawa life might be a little easier, but according to a post by Brett Bull over at the Tokyo Reporter that doesn't seem to be the case.

The casting couch may be a peril that young actresses risk in their attempt to become a star, but in the Japanese AV industry young women are often forced into prostitution and their fans pay top dollar for the opportunity to meet their idols in the flesh. It's normally younger or lesser known AV stars who must suffer in the fuzoku, or sex trade, in which they are contracted out to a local hostess club or soapland, but now it seems that either 23-year-old half-Japanese/ half-Canadian Ozawa has fallen on hard financial times herself or that the folks making money off her have.

Apparently the Club Tora no Ana located in Tokyo's Shibuya district is offering up 70-minutes with Ozawa to their wealthy clients to do with her what they will. Bull's article reveals prices, etc. which I don't really feel comfortable reprinting here... It's a very well put together and well-researched piece, don't get me wrong, just one that I find very sad. (To read the full details click here)

What I find especially sad about Ozawa's situation is that she had recently been attempting to shift her career away from AV roles and into more legitimate projects, but her most recent attempt to headline a film in Jakarta caused angry demonstrations in Indonesia and the forcing of Ozawa to bow out of the mainstream film (read our report here). So if you're a young actor out there trying to make your way and feeling like you're prostituting yourself out to get work, think of poor Maria Ozawa who has sadly (and literally) been forced to do just that.
Posted by Chris MaGee at 4:37 PM

I do think that is amongst the most interesting articles or blog posts I’ve stay with me that topic. You have made your current factors exciting, unique as well as I accept nearly all. My business is delighted I discovered your current article these days.
happy wheels
super mario bros
pacman
agario

Thanks for sharing the information. It is very useful for my future. keep sharing
Kizi 123|
Friv 234|
Friv

Thanks for your great article friend, i get new information, new ideas to do somethings, i hope you will share again, i keep waiting for next post, thanks.
Kizi 3
Friv 4

This is something special! never seen this before! thank you
Friv 1

You are stressed and tired, you need entertainment. Refer to our website. hope you get the most comfortable.
Kizi 4

What a wonderfull post! thank you... read with pleasure!
Friv 100

thank you for your interest in welcome visit
Friv 4

New attractive game . I will play it every day
Friv|
Friv 2

Thanks for sharing the information. It is very useful for my future. keep sharing. Can you play more games at: Friv10 | Kizi | happy wheels

Posts shared useful information and meaningful life, I must appreciate the way you have express your feelings through your blog!.
Thank you for sharing!
Yoob Games
JuegosFriv2
Kizi 2
Yepi 100

The blog or and best that is extremely useful to keep I can share the ideas. Age Of War 2
Big Farm | Slitherio | Tank Trouble
Of the future as this is really what I was looking for, I am very comfortable and pleased to come here. Thank you very much.
Happy Wheels | Goodgeme Empire | Slither.io

Thank you for visiting our site. Sure you will feel is amazing. Since we have been very selective as many games and you can play online for free
gun mayhem 3 | tank trouble 3
learn to fly 3 | happywheels
tank trouble |

Many thanks for sharing the information in your blog.
Friv 100

We are really grateful for your blog post. You will find a lot of approaches after visiting your post. Great work.

Thanks to information shared by the author. hope the author has many more interesting articles
Y8 Games
Friv 1000
Friv 4