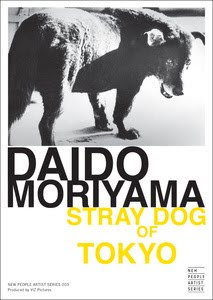 The subject of documentary filmmaker Kenjiro Fujii’s debut work is quite the intriguing character. Clad in black clothing and initially coming across as a cool, enigmatic loner of-sorts, photographer Daido Moriyama certainly snagged my curiosity from the first moment he appeared onscreen. His career began in the late 1960s and since then has consisted of a highly diverse and unique journey through the medium of still photography. Fujii’s film compellingly examines that journey, shedding light on both Moriyama and the nature of art.

Throughout his film, Fujii interviews a handful of figures in the Japanese photography and art communities, including Michiko Kasahara, the curator of the Tokyo Metropolitan Museum of Photography; photographer Nobuyoshi Araki and Kazuo Nishii, the former editor-in-chief of the magazine “Camera Mainichi” who sadly passed away in 2001 (the film is dedicated to him). However, the documentary’s most prominent figure is Moriyama himself, who talks about his life, ever-changing relationship with photography and philosophies regarding art and creativity. As a youth, he had many different ambitions, harboring interest in becoming a sailor, a painter and a comedian. Yet he drifted towards photography, and has been taking pictures of his surroundings since childhood. Moriyama doesn’t place too much importance on the specific makes of cameras he uses, and his only significant preference is towards small, light devices so as to not attract too much attention when taking pictures. Many sequences follow him as he walks around Shinjuku putting his various strategies to work – holding up the camera with one hand, taking pictures without looking through the viewfinder, walking at a steady, fairly quick pace between shots and, perhaps most cunningly, pretending to look in a different direction while aiming and shooting his camera at a nearby, unsuspecting subject. Such passages count among the best ones of the film, capturing Moriyama in his element as he navigates through a nocturnal Tokyo , operating like a true guerilla artist. 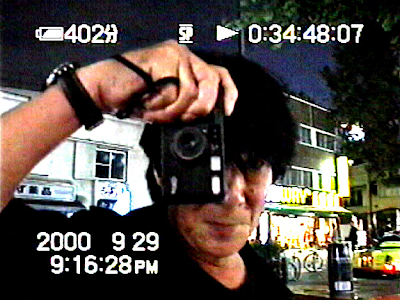 In-between the intimate, conversational segments with Moriyama, Fujii highlights the main accomplishments of his career, which include the photo books “ Japan : A Photo Theater” (1968), “Farewell Photography” (1972) and “A Hunter” (1972) and the series “Light and Shadow” (1982) and “Daido Hysteric” (1993-97). Of these works, “Farewell Photography” is chosen by many of the interview subjects as the epitome of Moriyama’s art, which in turn is recognized as unique through its utilization of, in Nishii’s words, the characteristics “are” (rough), “bure” (shake) and “boke” (no focus). Indeed, Moriyama’s work, which is extensively sampled throughout the film, focuses on glimpses and fragments of everyday life that are sometimes quite clear, sometimes abstract and surreal, always beautiful. Moriyama discusses how photography is an art form that involves “copying” certain portions of the world, and in which direct, deliberate intent or a desire to create meaning is not always necessary. Such personal views and insights alone give viewers plenty to think about in comparison to their own preconceived ideas of photography.

As the film moves along, Moriyama seems to grow more comfortable and open. He certainly has no qualms about discussing more offbeat subjects such as a seven year hiatus from photography mostly spent indulging in drugs; his distaste for executives, PR people and commercial work and his habit of giving in to laziness. Yet he primarily gives the impression of a friendly, positive personality, particularly when he candidly interacts with Fujii and divided his attention to filling his camera with pictures. One great passage towards the end shows Moriyama steadily discovering a digital camera that Fujii lends him. As he learns how to operate it, he soon reveals unmistakable joy and excitement as he captures a whole new set of pictures on the marvelous device. It is a particularly well-chosen note to end “Daido Moriyama: Stray Dog of Tokyo” on, as it solidly articulates the entire film’s thoughtful exploration of art, originality and the liberating qualities of creation.

Read more by Marc Saint-Cyr at his blog
Posted by Chris MaGee at 8:56 AM