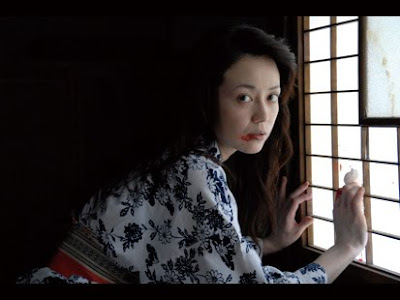 It's getting close to March and that means one thing for fans of Japanese film in Toronto. It's time for the annual Toronto Japanese Short Film Festival. TJSFF has just announced their 8th annual line-up and once again there's a lot to get excited about.

The centerpiece presentation of this year's fest is the omnibus film "Palm-of-the-Hand Stories". Based on the book of micro-stories by Nobel Prize-winning author Yasunari Kawabata the film is comprised of a series of shorts directed by Tsukasa Kishimoto (above), Nobuyuki Miyake, Takushi Tsubokawa and Yuya Takahashi.

There's a lot more that the 2011 Toronto Japanese Short Film Festival has for audiences this year between March 17th and 20th at the Innis Town Hall Theatre. To check out their full line-up and get ticket details visit their official website here.
Posted by Chris MaGee at 9:56 AM