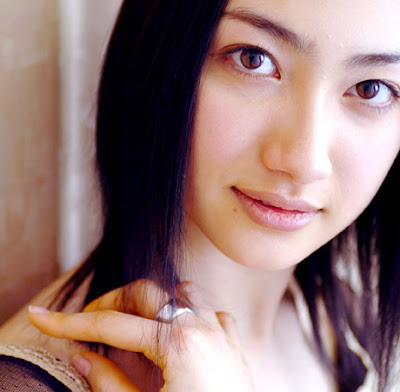 Back in mid-July we reported on the upcoming big screen adaptation of Takao Yaguchi's manga "Tsurikichi Sanpei" about a boy named Sanpei, played by Kenta Suga, who possesses uncanny fishing abilities; but now it looks like the Yojiro Takita film will be a pretty loose adaptation.

Today Tokyograph has word that Yu Kashii, star of "Linda, Linda, Linda" and Mrs. Jo Odagiri (sorry ladies) will be playing Sanpei's older sister, Aiko, nicknamed "The Akita Beauty" as she has the equally unique gift of perfect facial symmetry. The character of Aiko, who did not appear in either the original manga or the animated series that aired on Japanese TV in the 80's, will be joining the rest of the Sanpei family, an older brother played by Takashi Tsukamoto and grandfather played by Tsunehiko Watase. No word if these two characters have unique gifts like... I dunno, the ability to sour milk with their minds or tie the perfect sheepshank knot, but I guess we'll find out in the spring of 2009 when "Tsurikichi Sanpei" hits Japanese theatres.
Posted by Chris MaGee at 4:29 AM