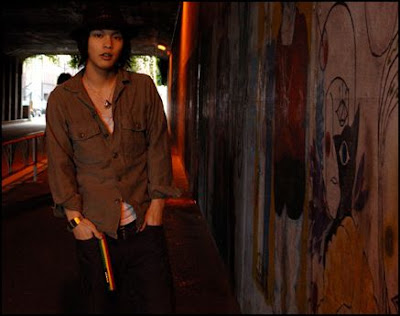 There's more news in the continuing drug overdose of actor Yuya Yagira that occurred on Friday. The story of how the "Nobody Knows" star ended up in a Tokyo hospital suffering from an overdose of prescription medication has fluctuated from it being an accident to a suicide attempt. Well, word has come from Yagira himself in the form of a message to his fans posted at his official site yesterday.

According to Yagira he got into an argument with his parents and took some tranquilizers that his doctor had prescribed for him, but he apparently miscalculated the dosage and ended up calling the ambulance himself after feeling ill. Now doing fine he apologizes to his fans for causing them any distress.

I honestly don't think we'll ever get to know what exactly happened with this, but again I just have to say I'm glad that Yagira has fully recovered and that I hope this is not an indictaion of the beginning of another child star spiraling out of control.

Thanks to Tokyograph for the report.
Posted by Chris MaGee at 10:47 AM