REVIEW: The Brothers and Sisters of the Toda Family - Yasujiro Ozu (1941) 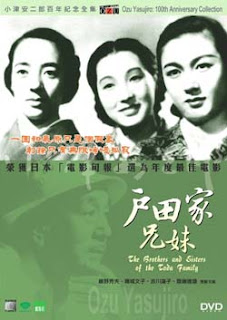 Family politics can drive you crazy. I can’t count the number of times that I have heard within my own family and those of friends, “This would never have happened if Mom (or Dad or Uncle Pete or Grandma Betty, etc…) were still alive.” “This” could be anything from blowing all the family money gambling, to a feud between brother and sister, to someone marrying the wrong person. Sometimes the grievances are justified and it’s true that the dearly departed would have kept everyone in line, but more likely it’s a case of hindsight being 20/20. Families always seem to treat their own the worst of all and that is definitely the case in “The Brothers and Sisters of the Toda Family” although in that particular subdued Yasujiro Ozu way.

We meet the Toda family at the beginning of the film as they gather to celebrate their mother’s birthday. Both Mr. and Mrs. Toda are happy to have all of their children and grandchildren at their large Western-style mansion for the festivities, so much so that they have hired a pair of photographers to capture the day with a family portrait. The only person who seems a bit nonplussed by the whole event is the Toda’s only son, Shojiro. He sits in an upstairs room, impatient with the celebration, his mind obviously on other things. It takes his younger sister, Setsuko, to get him dressed and ready to say “cheezu”. 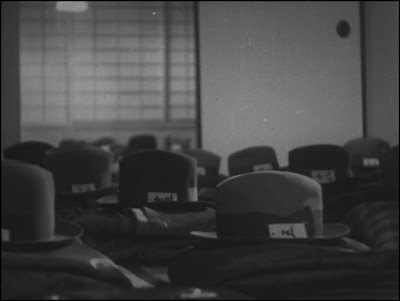 Reflecting on the day later Mr. Toda falls gravely ill. Phone calls are sent out to all the children each of whom make arrangements to return to the familial home. Here is the first of the most recognizable Ozu themes, the death of a parent, a harbinger of his most famous film “Tokyo Story”. By the time the children assemble it’s too late and in one of the most evocative of Ozu’s “pillow shots” we see guest’s hats laid out as a segue into the father’s funeral. There are prayers and tears and of course the legalities of death as the will is read and the family discovers that father had been deeply in debt. What will the remaining children do? The black sheep Shojiro decides that it’s best to head off to Japanese occupied China (remember it’s 1941) to make his own fortune, while young Setsuko and her mother are left being shuttled between the homes of the two elder Toda daughters neither of whom treat them in a way that elder daughters should.

“The Brothers and Sisters of the Toda Family” is probably my favorite Ozu film after “Late Spring” as it so wonderfully lays out it’s themes of time, loss, and imprisonment in familial duty… so much so that all of these can be read from the still shots of clocks, the clockwork sound of the wooden funeral gong and the image of the caged myna bird that accompanies Setsuko and her mother as they are treated like mere servants by the rest of their family and Setsuko looks wistfully up at the framed photo of her late father. It’s also somewhat atypical of the mature Ozu style as it doesn’t feature the kind of nostalgic use of music, the direct to camera delivery of dialogue and the omission of major events like the death of the father and the verbal barrage that Shojiro unleashes on his dishonourable sisters as the black sheep turns into the defender of the family. It does have Chishu Ryu though in a cameo as a friend of Shojiro, so all is well with the universe.
Posted by Chris MaGee at 4:59 AM