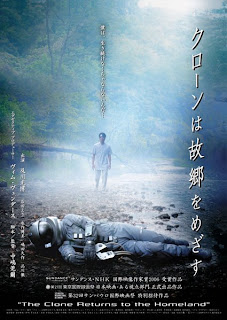 The most reliable sign of good science fiction is the presence of an affecting, human story and well-drawn characters integrated within the exploration of fascinating ideas. "The Clone Returns Home" (the third film by Kanji Nakajima and executive produced by Wim Wenders) is a refreshing reminder of that, offering a beautifully realized narrative as well as a smart and serious take on cloning technology.

The film begins in the aftermath of an accident that has resulted in the death of an astronaut. The incident inspires scientists to persuade Kohei, another astronaut, to permit himself to be cloned as a precaution against further danger. The process, which would not only preserve and restore his body, but also his memories, is referred to by the scientists as “life insurance” and is considered justified since it is intended for use in the event of unnatural death. Sure enough, Kohei dies during a mission above Earth and is cloned, bringing about unexpected repercussions.

Kohei’s character is given added complexity in a flashback sequence depicting scenes from his childhood alongside his single mother and twin brother Noboru, who tragically dies in a river accident. These painful memories resurface in the childlike, emotionally sensitive Kohei clone, leading to a search for resolution and peace.

As an elderly scientist points out halfway through the film, technology is not only a force of science, but of ethics as well. There are some scenes that bring up the rights and wrongs of cloning directly, but the film most effectively brings up philosophical issues through its characters’ experiences. Kohei’s wife must cope with the sudden death, then return of her husband, and Kohei’s own journey illustrates the strong bond that can exist between two beings, be they brothers or clones of the same person (the way this theme of human connectivity is explored in the film is well-chosen and extremely touching). 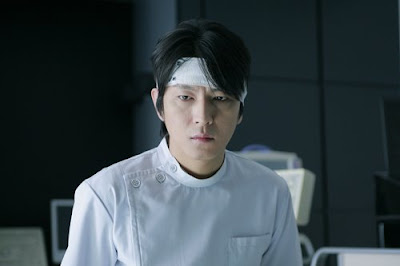 The obvious standout actor in the film is Mitsuhiro Oikawa, who not only plays the original Kohei, but also the first clone and, later, a more mature second clone. Though his character’s (or characters’) storyline is shared by a small subplot which reveals the aforementioned elderly scientist’s own highly personal experience with cloning, he undoubtedly does the most to provide the film’s crucial human core. Surrounding that core is a starkly beautiful surface, the desaturated, high contrast cinematography creating an almost black-and-white world of dark, void-like shadows, pale greys and harsh, near-blinding light. Many are sure to be reminded of Andrei Tarkovsky’s "Solaris" not only in the surprising appearance of natural, flora-dominated settings (providing a striking counterpoint to the film’s many sterile, metal-dominated interiors), but also the impeccably austere cinematic style.

While addressing the moral issues inherent in the topic of cloning, "The Clone Returns Home" is even more concerned with universal human matters as revealed through its characters. Identity, youth, family relationships, the passage of time – the science fiction premise enables and advances the consideration of such deep themes, making the film just as much for the heart as for the mind.

Read more by Marc Saint-Cyr at his blog.
Posted by Chris MaGee at 3:21 PM