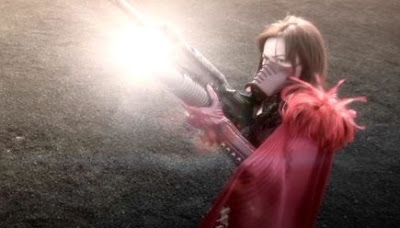 It was only last week that we got news that Mamoru Oshii was going to finally get to make the film he'd ruminated so long over - a full length feature based on the "Assault Girls 2" segment that he contributed to last year's omnibus film "Kill = Kill". Starring Meisa Kuroki, Hinako Saeki and of course Rinko Kikuchi "Assault Girls", as this upcoming film has been dubbed, promises action, action and more action, and now we can get a peek at exactly what all this action will look like.

The folks at Affenheimertheater and Raku of Asian Media Wiki were kind enough to email me a link to a full gallery of stills from "Assault Girls" and they look pretty darn amazing. If any of you have seen Oshii's 2001 film "Avalon" you'll know that he gives his live-action work a lovely soft focus effect and is camera just loves beautiful women, and these assault girls fit that bill perfectly.

Click here to get an eyeful of "Assault Girls".
Posted by Chris MaGee at 4:48 PM