A restaurant based around Toshiro Mifune? 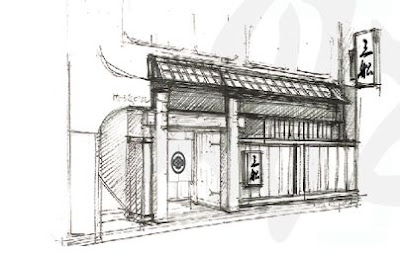 I've read about a few theme restaurants in Tokyo - from one based around an old Catholic church to another based on a nightmarish hospital - but there's a restaurant that will have special interest to fans of Japanese films. Ryouri-ya Mifune is a restaurant that just opened at the end of June in the Roppongi area of Tokyo and owner Hitoshi Watanabe has taken the star of such cinema classics as "Rashomon", "Musashi Miyamoto" and "Yojimbo" as its inspiration. The decor of the restaurant was designed to echo the "simplicity and powerfulness" of a kendo dojo from a classic Mifune film and Watanabe even had input from Mifune's son, shiro, to assemble a menu of dishes that would have mad his dad proud. I wonder if at some point in the meal a bunch of surly ronin come in and accost you and you have to fight them off with you katana. You know, like right before dessert.

Next time you find yourself in Tokyo head over and check this place out. You can get more info on it here. Thanks to Durf.org for the details on this.
Posted by Chris MaGee at 3:18 PM