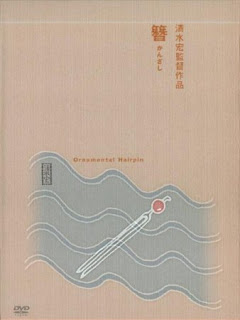 "Ornamental Hairpin" wonderfully illustrates Hiroshi Shimizu’s gift for unobtrusive storytelling. Written by Kihan Nagase from a short story by Masuji Ibuse, its narrative is built upon a series of occurrences and details that would probably be dismissed as inadequate or unimportant by another filmmaker, but here, enable a light, pleasant and poignant exploration of characters and themes.

The film opens in a forest of towering trees straight out of "Rashômon". Traveling through it is a band of pilgrims, among them a young woman named Emi. They make a brief stop at a resort where Shimizu introduces us to a number of its other patrons. Most prominent among them are Nanmura, a soldier on leave (played by an incredibly young, tousle-haired Chishu Ryu); Hiroyasu, a meek but kindly man; his wife and the stern, intimidating Professor Katae who complains about everything from the resort’s faults to the noise caused by other guests. One day, while soaking in a spring, Nanmura hurts his foot on a dropped hairpin. The incident causes Emi to come back to the resort and claim responsibility as the pin’s owner, and during her prolonged stay, she forms a friendship with the odd band of visitors – as well as feelings of longing for Nanmura.

The film’s lightweight plot subtly progresses from one point of interest to another. The first act mainly revolves around the troublesome hairpin and the mystery of its owner. Nanmura, the professor and the others speculate about what she’s really like (especially in terms of appearance) while an exchange of letters reveals her plans to return and apologize in person. Once she arrives, the other guests, under the professor’s guidance (or, given his bossy nature, authority), accommodate Emi as best they can, in a way orchestrating a romantic relationship between her and Nanmura. To do so, they switch around their room arrangements and discuss how to preserve his “poetic illusion” of her, leading to a hilarious exchange between an awkward, well-meaning Hiroyasu and an increasingly perplexed Nanmura. 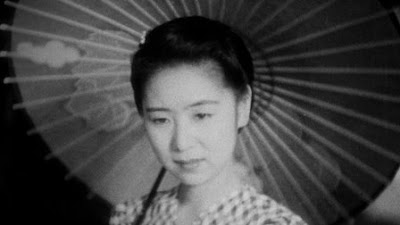 As some of the characters are all too perfectly aware, the inn is a perfect little world of its own, governed by logic and daily routine. One amusing repeated activity is the “walking exercise” that Nanmura undertakes each day with the help of Emi and two children, Taro and Jiro, to test his healing foot. Coached and cheered on by them, he starts off trying to beat his daily records in a grassy clearing, then later moves up to a more precarious bridge across a river. Many fun comedic scenes are sprinkled throughout the film, such as when the kids root for their grandfather in a snoring competition and the professor repeatedly scolds Hiroyasu for depending on his wife for approval and advice.

However, "Ornamental Hairpin" contains its share of bittersweet moments as well. Most of them stem from Emi as the details of her difficult situation back in Tokyo are gradually revealed. The sharpest pain comes from the film’s final scenes, reminding you of the sad thing about all vacations: they end. The close-knit group of guests form a makeshift committee (with the professor appointed as the head, naturally) and agree to continue to meet after they all leave the inn, but Emi is consumed with an undeniable sadness when she realizes that Nanmura too must leave. Uncertain about her own future, she clings to her memories, giving the film a melancholy-laced finale.

Shimizu doesn’t rip your heart out or drive you to tears as you watch "Ornamental Hairpin". Instead, as he does in other films of his, he merely gets you to slow down and savor a passing moment of happiness or the joy of meeting fellow travelers – and realize how temporary such things can truly be. At only 70 minutes, the film itself possesses its own elusive quality, but is undeniably worth every second.

Read more by Marc Saint-Cyr at his blog.
Posted by Chris MaGee at 3:51 PM