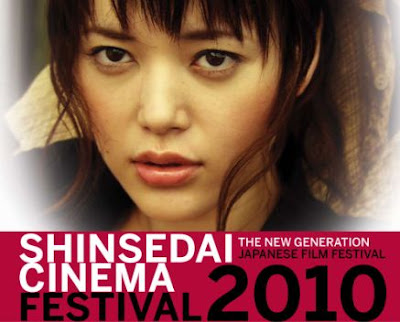 I think the above image says it all. The Shinsedai Cinema Festival was so much fun, such a fantastic learning experience for all involved, and I believe a truly unique film event in Toronto that next year we're doing it again. From July 22nd to July 25th, 2010 The Japanese Canadian Cultural Centre will once again be hosting The Shinsedai Cinema Festival, a showcase of the best new, young, and undiscovered talent in the Japanese film scene. On top of that we'll be having workshops and cultural events that will entertain as well as educate festival guests about various aspects of Japanese culture.

More details will follow in the coming months here and on the festival's official site, but for now we'll leave it by saying, "We'll see you all in 2010!" Thanks to filmmaker Yoshihiro Ito for the above still from his short film "Vortex".
Posted by Chris MaGee at 11:15 PM