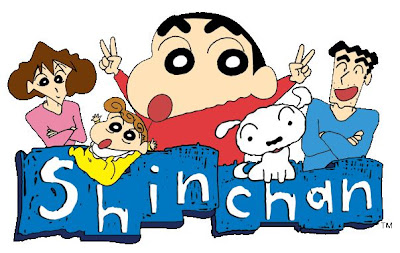 It's been a fairly busy week so I've been playing a bit of catch up with certain news items, but here is one that I was hoping would resolve itself so I just wouldn't have to write about it. Sadly it hasn't. 51-year-old manga artist, and creator of "Crayon Shin-chan", Yoshito Usui, has been reported missing by his family after he did not return from a hike in rural Gunma Prefecture last Friday, September 11th. Calls to his cell phone went unanswered, he has not contacted his publisher, so the authorities were called in and now a search is going on that stretches across multiple Prefectures around Usai's home in Saitama.

Of course many of you out there will be familar with Usai's "Crayon Shin-chan". Originally appearing in "Weekly Manga Action" magazine in 1990 the adventures of Shinnosuke Nohara, a.k.a. Shin-chan have been turned into an animated series and a series of highly successful animated films.

Our thoughts are with Usai's family during what must be an absolutely grueling and frightening time. Thanks to Anime News Netowrk for the details on this story.
Posted by Chris MaGee at 8:28 PM