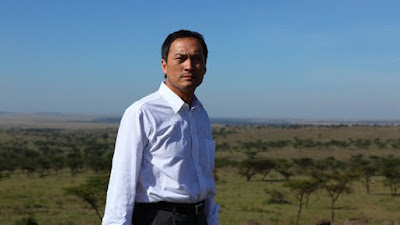 Despite being sidelined by controversy for many years and a less than expected box office take Setsuro Wakamatsu's "The Sun That Doesn't Set" a.k.a. "The Unbroken" has taken home the Best Film Award at the 34th annual Hochi Film Awards. The production on the film, an adaptation of Toyoko Yamasaki's novel about a JAL airline labour union investigator, played by Ken Watanabe, was delayed repeatedly due to its unvarnished look at the fallout from the 1985 air disaster of Flight 123 in Gunma Prefecture that claimed the lives 524 people.

The winners were announced at a ceremony that took place Thursday and despite Miwa Nishikawa's "Dear Doctor" being called "this year's 'Departures'" its tale of the disappearance and discovery of the secret life of a country doctor failed to snag that coveted top prize. Still it managed a pretty hefty haul of trophies taking home Best Director for Nishikawa, Best Supporting Actor for Eita, and Best Supporting Actress for Kaoru Yachigusa.

Check out all the winners below courtesy of Wildgrounds, as well as the trailer for "The Sun That Doesn't Set".