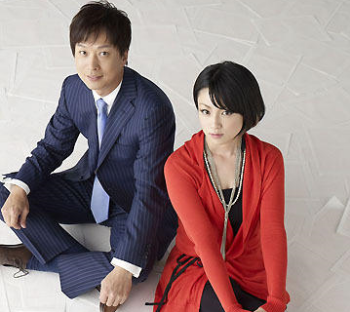 Shoji Kokami has not only penned the screenplay of his play “Renai Gikyoku”, but the 51-year-old playwright will also be directing the film adaptaion of it. The film will star actress Kyoko Fukuda as a female TV screenwriter named Mayumi who is suffering crippling writer's block. Actor Kippei Shiina stars as a TV producer who is assigned to help her get her creative juices flowing again. Little does he know that this means Mayumi will demand that he fall in love with her. Throughout this romantic comedy Fukuda will portray three different facets of Mayumi's character.