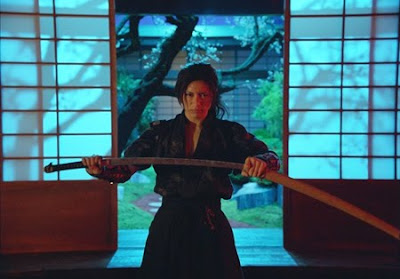 It's been a few weeks since the Toronto International Film Festival announced their first significant chunk of their 2011 line-up, and in amongst the great films from around the world we were treated to a handful of Japanese and Japan related titles including Tran Anh Hung's "Norwegian Wood", Naomi Kawase's documentary "Genpin" and Linda Hoaglund's doc "Anpo". We at the Pow-Wow have spent the ensuing days and weeks since that first announcement wondering what othert titles will be announced for September and yesterday seemed like the time. The folks at Toronto IFF announced another huge whack of films, but as of right now no new Japanese titles have been added to this year's line-up. So, why would we write a news item when there is no news? Well, there is a very interesting bit of news in yesterday's line-up announcement, plus the promise of the possibility of more Japanese titles being added.

Longtime readers of the Pow-Wow blog will know that way back in April of 2008 we reported reported on how visual kei star Gackt was going to be making his Hollywood film debut in director Guy Moshe's film "Bunraku" alongside Josh Hartnett and Demi Moore. The film, an action/ adventure set in a world populated by gangsters and samurai, was described as being set in a "world that doesn't look like anything like you've ever seen before. It's in the vein of 'Sin City'". Intriguing and then "Bunraku" disappeared. Well, it has now reappeared in the festival's Midnight Madness line-up and Gackt (above) will be on screen with katana in hand. Check out JoBlo for more stills from the film.

The promise of more Japanese titles being added to this year's Toronto IFF line-up comes via the fact that the Discovery, Vanguard and Mavericks programmes haven't been announced yet, so let's keep our fingers crossed... To see all the films that will be screening here in our city next month between September 9th and 19th head to the official Toronto International Film Festival website here here.
Posted by Chris MaGee at 8:05 PM