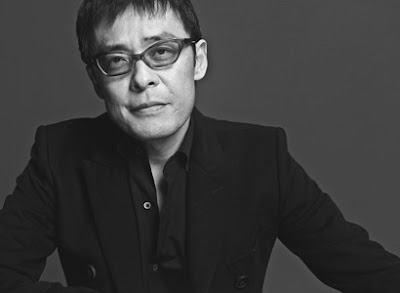 It was just last month that we posted our Top Ten "That Guy" List which shone a spotlight on character actors who we are used to seeing again and again on screen, but whose names often escape us. One of those on the list was 49-yearold actor Ken Mitsuishi who has starred in over 100 films in his three decade career. Many of these roles have been in a supporting capacity, but according to Tokyograph Mitsuishi is about to step into a leading man role for one of Japan's hottest young director's.

Mitasushi has been cast in the upcoming film by 27-year-old indie director Yuya Ishii. Titled "Azemichi no Dandy" the story will revolove around a 50-year-old widower single father living in Kita-Kanto City who adopts the mannerisms and appearance of a "dandy" in order to help his teenage son and daughter. Of course Mitsuishi will be portrying this dandy-fied dad, although not much more is known about why this persona would help his children. Shooting on "Azemichi no Dandy" won't start until October and a theatrical release isn't slated until next year. If you've seen some of Yuya Ishii's other films, such as "Bare-assed Japan", "Girl Sparks", or "To Walk Beside You" though you'll know that these kinds of eccentric twists and characterizations are par for the course. I guess we'll just have to wait and see...
Posted by Chris MaGee at 7:38 PM