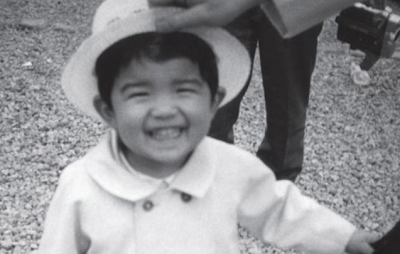 I've spoken to many Japanese friends and students who come to stay in Toronto for extended periods to either work or study. The topic of conversation usually rolls around to what they think of the city. Maybe they're just being nice, but most say they love Toronto. The conversation always gets a bit more honest when I ask if they would like to stay in Toronto (or North America) or if they plan to return to Japan. The vast majority of men I speak with say they want to return to Japan. The vast majority of women on the other hand say they would much rather stay in North America. For a long time I wondered why this was, but when I learned more about Japan and travelled there I got the picture. Very often the proverbial deck is stacked against women in Japan, where at a certain age they are expected to drop their jobs or careers, get married, make babies and basically become a dutiful housewife.

This dilemma that Japanese women face - stay in Japan and do what is expected or immigrate overseas and lead a different kind of life - is explored in a recent documentary by Reuter TV reporter and filmmaker Kyoko Gasha titled "Mother’s Way, Daughter’s Choice". In it Gasha not only talks about her own experiences growing up in Japan, embarking on a career as a journalist and eventually becoming a mother and living permanently in New York City, but she also speaks to many other Japanese women who have made the decision to live in New York, a place that they feel gives them more options."Mother’s Way, Daughter’s Choice" has already screened at this year's New York International Independent Film Festival where it picked up an award for Best Cultural Documentary, but recently Gasha and her film where honoured by her journalistic peers. "Mother's Way, Daughter's Choice" picked up a special award from The Newswomen’s Club of New York.

You can read more about Gasha's documentary at Japan Today, and check out the extended trailer for "Mother's Way, Daughter's Choice" at it's official site.
Posted by Chris MaGee at 10:02 AM

Excellent, looking forward to seeing this film. It addresses the very things I did in my 2009 book, Black Passenger Yellow Cabs.