2010 a record-breaking year at the Japanese box office... but with these films? 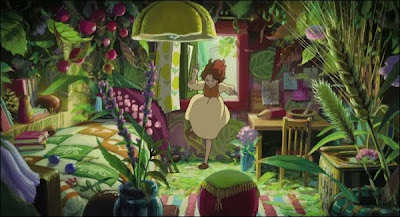 We've been waiting for this since 2010 gave way to 2011... The top box office earners in Japan of last year. Thankfully now Tokyograph has posted the list as well as the surprising news that 2010 was a record-setting year at the Japanese box office. I say surprisingly because for most of the last 12-months I've heard nothing but stories of low performing films and nervous producers when talking with my friends in the industry. Granted, most of my friends are trying to survive in the indie or small distributor/ studio world of Japanese film, a tough prospect in any country let alone economically depressed Japan. That being said I see that there's a fundamental disconnect in the list of top-earning films below between what international audiences (and many Japanese audiences) gravitate towards and big tent pole films. So many of us Japanese film fans ended up coming to our favorite films through a desire to get away from the blockbuster pap that Hollywood churns out on an annual basis. The thing is that Japan churns out just as much blockbuster pap as the U.S. and it's sad to say that most of this product is represented on the list below. Okay, we are happy to see "Confessions", "13 Assassins" "Golden Slumber" and of course Studio Ghibli's "Karigurashi no Arrietty" on the list... but the others? It may have been a record year at the Japanese box office, but with what kind of films?

Be your own judge and have your say in the comments...