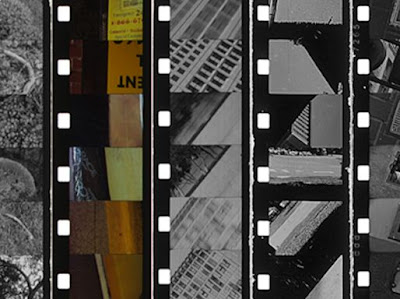 Last year at the Toronto International Film Festival's Wavelengths programme we were lucky to see work by experimental film-maker Tomonari Nishikawa (check out our review of the event here). Getting a peek at what's going on the the film avant-garde in Japan is a rare treat, but thanks to the folks at LIFT, the Liaison of Independent Filmmakers of Toronto, we will be getting to see even more of Tomonari Nishikawa in Toronto this summer.

Nishikawa, who has been living in upstate New York as an artist-in-residence at Binghamton University's Film Department, will be making his way across the border to Toronto next month to conduct a number of screenings and events in tandem with LIFT. One of these will be a special one day course titled "Zoetropes: Introduction to Pre-Cinema Technologies". the course will see Nishikawa teaching students how to construct their won zoetropes and phenakistoscopes, and he'll share with the class his own experiments using these first rudimentary persistence of vision devices.

"Zoetropes: Introduction to Pre-Cinema Technologies" will take place at LIFT's headquarters here in Toronto at 1137 Dupont Street on July 16th. For course fees and further details head to LIFT's website here.
Posted by Chris MaGee at 6:56 AM

I am actually happy to read this website posts which carries plenty of helpful data, thanks for providing these kinds
of data.
스포츠토토

I was impressed by the good writing. Thank you.
If you want to know the social graph game, come here!
Great article, totally what I was looking for.
한국야동

Wow! This could be one of the most useful blogs we have ever come across on the subject. Actually excellent info! I’m also an expert in this topic so I can understand your effort.
토토사이트

Thanks for the sharing this blog with us. I like it very much. 온라인카지노

Thank you for sharing such valuable and helpful information and knowledge. I really appreciate your effort. 바카라사이트인포

You are providing wonderful information, it is very useful to us. Keep posting like this informative articles. 바둑이사이트넷

It is very well written, and your points are well-expressed. I request you warmly, please, don’t ever stop writing. Thank you! 카지노사이트