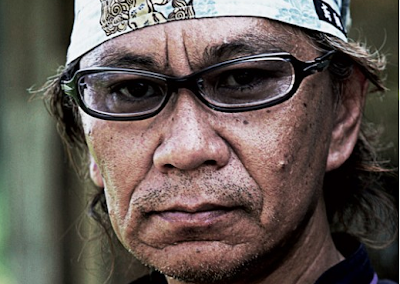 We know we have readers down in Sao Paulo, Brazil... Not a ton, but we have them, (Hello, Sao Paulo!) so here is a bit of news that fans of Japanese film in Brazil's largest city will want to pay attention to.

The Centro Cultural Banco do Brasil will be holding a 12-day retrospective of the films of Takashi Miike from August 17th to August 28th. Titled "20 Years of Takashi Miike" the retrospective has been curated by David Pretto and Jessica Preuss to highlight the best of Miike's formidable output during the past two decades. This 20 film programme includes such landmark Miike films as 1999's "Audition" and "Dead or Alive" and 2001's "Ichi the Killer", as well as films such as "Izo", "Happiness of the Katakuris" and "13 Assassins". This event will also mark the Barzilian premiere of Miike's "Ichimei: Death of a Samurai", which will screen on August 27th. What's best is that Miike himself will be speaking to the audience via Skype and taking post-screening questions.

Thanks to GoMadeMascar.net for the details on this great event in Sao Paulo. Check out their report for a full listing of the programme.
Posted by Chris MaGee at 10:19 PM