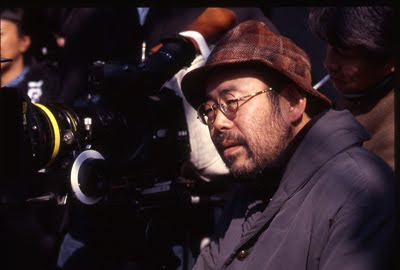 It was only recently that the J-Film Pow-Wow finally added a review of Shinji Somai's classic 1985 teen drama "Typhoon Club" to our reviews archive. It was a long time coming, but it is sad but very true that the films of Somai are a rare commodity on English-subtitled DVD. Add to that fact that Somai's films have rarely been screened on the North American repertory theatre circuit and you'd think that the work of this prolific and hugely respected filmmaker had been totally forgotten, if it had ever been remembered in the first place. The good news is that the films of Somai will be getting a chance to be rediscovered by English-speaking audiences this November when the 12th edition of Tokyo Filmex happens at the Yurakucho Mullion Building in Tokyo.

It was announced last month that Filmex programmers in conjunction with Shochiku Studios will be presenting "Shinji Somei 1980-2001 Entire Opus Screening", which is exactly what it sounds like. Throughout Tokyo Filmex's 9-day run, between November 19th through November 27th, all 13 of Somai's feature films will be screened with English-subtitles. For the record that includes 1980's "Rich Couples", 1981's "Sailor Suit and Machine Gun" (trailer below), 1983's "Shonben Rider" and "The Catch", "Love Hotel", "Typhoon Club" and "Fragments of Snow: Passion", all from 1985, 1987's "Glowing Woman", 1989's "Welcome Over Tokyo", 1992's "Moving", 1993's "The Friends (Summer Garden)", 1997's "Wait and See" and 2000's "Kaza-hana". Sadly at the end of this amazing run of films Somai was tragically taken from us at the age of 53 by lung cancer.

We freely admit that the films of Somai are a huge hole in our Japanese film education, so this is a do-not-miss chance for folks like us to fill that gap. As Japanese film scholar Aaron Gerow (who clued us into this retrospective), "He's one of the best directors in Japanese film history." Let's hope this increases his profile in the hearts and minds of English-speaking cinephiles.

UPDATE: Word from Tokyo translator and regular reader Don Brown -- Only 4 of Somai's 13 films will feature English subtitles -- "The Catch", "Moving", The Friends (Summer's Garden), and "Wait and See".