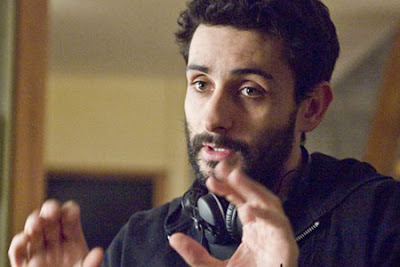 I know what so many of you are saying right now... "Please, say it isn't so!" Well, it is so. After years of false starts and directors like Ruairi Robinson and Albert Hughes leaving or quitting the project, Warner Brothers and Leonardo DiCaprio's Appian Way Productions have announced that production on their live-action adaptation of Katsuhiro Otomo's seminal 1988 sci-fi anime "Akira" will begin at the end of February.

We had hoped that due to the film being delayed so many times that it was an indicator that there just wasn't enough interest on the studio's part, or support on fans part, to see "Akira" get made... or re-made as the case may be. Now Warner Brothers has trimmed the budget down to an estimated $90 million and brought director Jaume Collet-Serra (above) on board to helm. Not heard of 37-year-old Collet-Serra? I have to admit that his name didn't set of bells of recognition either. Checking his IMDb page I can see why. Collet-Serra's previous directorial efforts include the 2005 horror remake "House of Wax" starring Paris Hilton (!), the 2009 horror film US/ Canadian/ German/ French co-produced horror film "Orphan" and the 2010 Liam Neeson thriller "Unknown". Besides that last entry Collet-Serra's filmography doesn't inspire much trust, especially in handling material like "Akira".

I guess we just have to roll over and take what Warner Brothers insists on producing in this case... but we certainly don't have to like it. Thanks to Twitch for bringing this news to us.
Posted by Chris MaGee at 1:14 PM