Hot Docs '10 REVIEW: Sona, The Other Myself 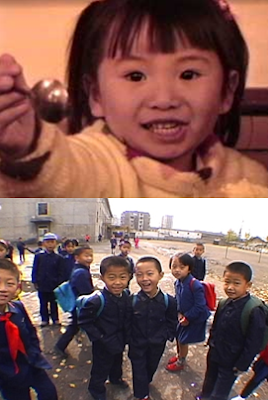 Japanese-born Korean filmmaker Yonghi Yang’s documentary “Sona, the Other Myself” examines transnational family relations with a twist. Her focus rests on her three brothers and their families who live in Pyongyang , North Korea – thus a world apart from Yang and her parents in Osaka , Japan . The film covers the time period between 1995 and 2004, during which Yang sees her separated family members only four times. In the meantime, her mother provides them with much-needed hope and sustenance through mailed parcels, one of which Yang follows to the post office at the start of the film.

The Sona of the film’s title is Yang’s niece, who grows drastically between the latter’s sporadic visits from a toddler to a teenager with braces. It becomes clear that Sona is a very smart and sensible girl who learns to adapt to the various difficulties and conditions in her life. One especially touching scene shows her with her family at her mother’s grave on the one-year anniversary of her death. But then there are, of course, the lurking hazards of the society she lives in that she is all too aware of. At one point, some concern is expressed regarding the Mickey Mouse socks she chooses to wear, since they sport a blatant mascot of Western culture. Sona also often expresses unease from her aunt’s constantly recording camera, at one point asking her in a hushed voice to turn it off. 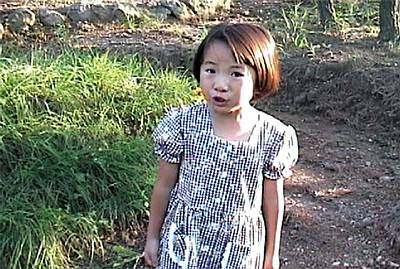 Such moments are some of the results of Yang’s home movie approach. Though she often talks to her subjects as she records them with her camera, her style is also very laid-back and observational. The bulk of the film consists of her capturing small moments with her family as they talk, eat and celebrate the temporary reunions together. They enjoy each other’s company, knowing very well just how precious each moment together is. Surely enough, the distance between Osaka and Pyongyang becomes more strongly felt after Gongsun, Yang’s father, suffers a stroke, and his grandsons can only relay get-well messages to him via camera footage instead of in person. There is also the sudden severance of Yang and Sona’s fragile connection after Yang is banned from North Korea because of her previous film “Dear Pyongyang” (which focuses more on Gongsun and the reasons why he sent his three sons to North Korea in the 1970s). As a result, the footage of her day with the thirteen year-old Sona becomes a valuable keepsake of the last moments (to date) they spent together.

“Sona, the Other Myself” is clearly a very personal film, but also very informative and sensibly made. Some scenes show the massive, elaborate performances and parades in North Korea – essentially grand celebrations of conformity and dictatorship that are visibly dazzling and more than a little unsettling. Then there are the quieter, more intimate moments like the autumn stroll Gongsun takes with one of his sons as Yang captures them from a distance, and her walk with Sona to school, which represents for the young girl a world altogether different from the one her aunt comes from. There is never the sense of an agenda that is being strictly followed and imposed throughout the film, but instead a looser approach that asks viewers to connect the dots themselves given what they are shown – and this is no doubt partially a safety measure so as to protect Yang’s depicted family members from the regime they live under. In this cautious yet still perceptive fashion, “Sona, the Other Myself” bases social and cultural issues on an intensely personal level, which is what many of the best historical and documentary films do. In sharing her family’s plight, Yang skillfully spreads awareness while also forging a strong, rare bond between her subjects – her family – and her viewers.

Read more by Marc Saint-Cyr at his blog.
Posted by Chris MaGee at 7:32 PM