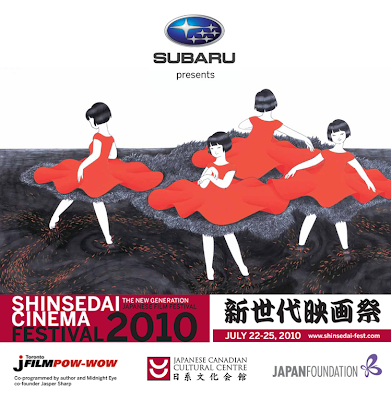 As of this writing, the 2nd annual Shinsedai Cinema Festival has come to an end. It was very much a success that exceeded last year's festival, with audience turnouts generally ranging from solid to absolutely fantastic, a wonderful selection of special guests who had traveled to Toronto to promote their films and an excellent lineup of features and shorts. I saw most of the films over the past three days and certainly experienced far more pleasant surprises than disappointments.

On Friday, July 23rd, only two films were shown, but both were quite enjoyable and, oddly enough, fit an old-fashioned, classic motif. The first film was actually an older film from 1933 - "The Water Magician," which was directed by universally acknowledged master Kenji Mizoguchi and is considered to be one of the first independently financed films from Japan, thus making it a fitting choice for Shinsedai. What made this screening truly special was the participation of the Toronto-based experimental group Vowls, who provided musical accompaniment for the film. The end result was a mesmerizing fusion of the band's ambient music and Mizoguchi's heartbreaking film - an all-around unforgettable experience. Following it was 2009's "Island of Dreams" by Tetsuichiro Tsuta, who shot the film on 16 mm and edited it by hand. Such work methods very much fit the film itself, which pays homage to the noir works of Akira Kurosawa and Seijun Suzuki while spinning a tale about a frustrated youth who strikes back against forces damaging the environment. 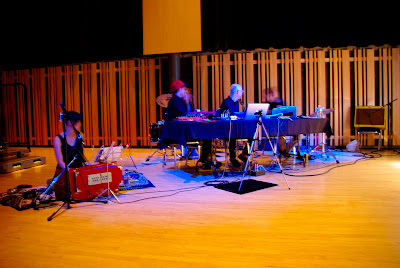 Toronto band "Vowls" preparing for their musical performance alongside "The Water Magician"
Saturday, July 24th began with a screening of Naito Takatsugu's "The Dark Harbour," a wonderfully deadpan comedy about a lonesome fisherman and his relationship with a woman and child who hide in his closet. It was preceded by Shoh Kataoka's short "Jellyfish Boy," a touching little film about youth and friendship. Yasunobu Takahashi's debut film "Locked Out" also concerns a little boy, but in a more harrowing scenario: young Keita wanders from his mother in a shopping centre parking lot and mistakenly gets into the car belonging to Hiroshi, a mysterious drifter who may have committed a crime. Though the narrative's focus distractingly wavers between the troubled young man, the little boy and the latter's worried mother, the film still contains an admirable amount of style, indicating much promise for Takahashi in the future. The short that screened before it was "That's All," Hiroshi Iwanaga's portrait of a depressed teenage girl and her relationship with her mother.

Next up was the short film "Gunman Champion" from sugarmountain (director Daisuke Sato and producer Takahiro Yamashita) and starring comedian and musician Shaq. It offered a charming, Chaplin-esque romp through an amusement park - an altogether different viewing experience than Katsuya Tomita's "Off Highway 20," an often grim portrayal of paint thinner-huffing, pachinko-addicted misfits trapped in a suffocating existence. Things picked up considerably afterwards with possibly the main highlight of the festival: Gen Takahashi's epic-scaled police drama "Confessions of a Dog." While it focuses on one cop in particular as he sinks deeper into corruption, the film is really an ensemble piece, gathering together curious journalists and morally questionable officers in its eye-opening, consistently compelling exploration of the darker aspects of Japanese law enforcement. The final film screened that day was "Late Bloomer" director Go Shibata's experimental debut film "NN-891102." 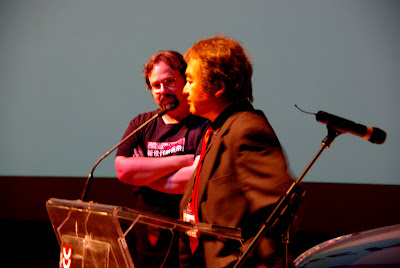 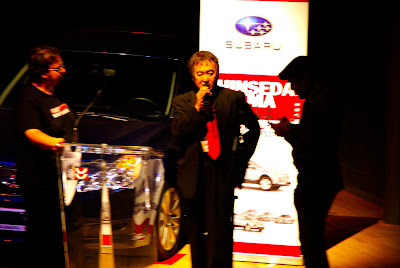 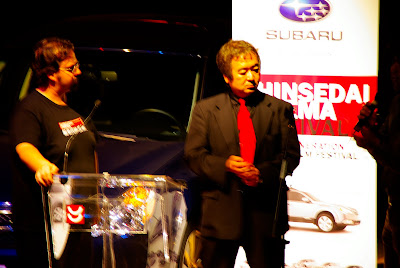 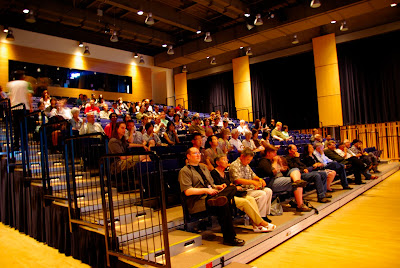 The assembled audience for "Confessions of a Dog."
Kicking things off on Sunday, July 25th, was Takuya Fukushima's science fiction film "Our Brief Eternity," which I saw at the Nippon Connection film festival and have previously reviewed for the Pow-Wow. Tokachi Tsuchiya's documentary "A Normal Life, Please!" and the accompanying experimental short "Remnants" by Reiko Tahara brought viewers back down to reality - particularly the former, which focuses on cement truck driver Nobukazu Kaikura and the brutal conditions that his employers subject him to, among them inhumanly long working hours and violations of safety and health regulations. Tsuchiya's film follows Kaikura's efforts to join a union, stand up to the bullying bosses that run his company and gain the normal life of the film's title. Afterwards, there was Kotaru Wajima's lyrical short "Invitation" followed by Marie Miyayama's Japanese-German co-production "The Red Spot." Following a young woman who journeys to Germany to find the place where her parents and infant brother died, this film was a beautifully shot, emotionally revealing look at personal history and multicultural relationships.

One of my personal favorites of the festival was Tetsuaki Matsue's "Live Tape," which won the Nippon Digital Award at this year's Nippon Connection festival. Shot in one take, it follows indie musician Kenta Maeno as he walks through Tokyo's Musashino district on New Year's Day in 2009, performing his songs along the way. The film is great for the music alone, yet the way the camera explores the city spaces, captures people passing by the strumming musician and generously shares with the viewer little moments both planned and improvised all combine to form a fantastic experience. The final films shown in the festival were Satoshi Nagano's comical samurai short "The Finishing Touch" and Kota Yoshida's "Yuriko's Aroma," a quirky comedy about a massage therapist's rocky experiences with love.

It was a fantastic year for Shinsedai, proving not only that Japanese cinema is full of young, undiscovered talents, but that audiences in North America are eager to seize the chance to sample them for themselves. Stay tuned for deeper discussions of the above-mentioned films from myself and the VCinema podcast's Jon Jung. 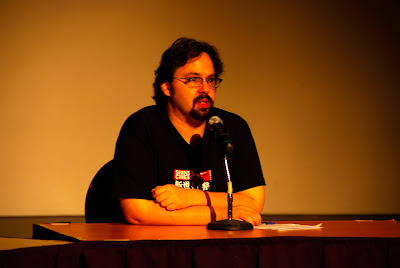 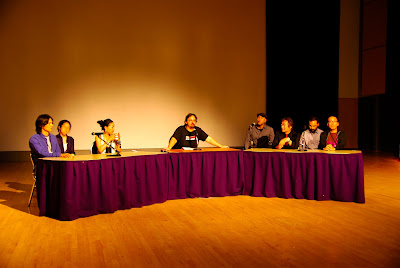 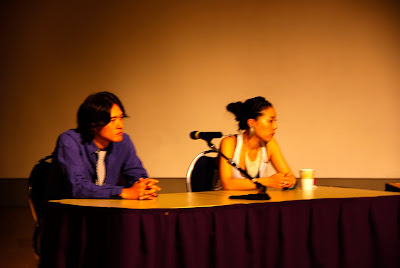 "Locked Out" director Yasunobu Takahashi and "Kakera: A Piece of Our Life" director Momoko Ando 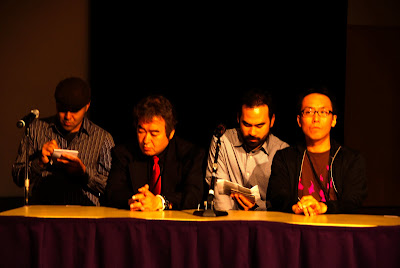 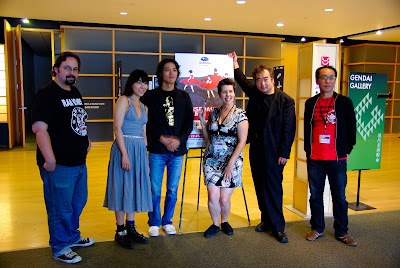 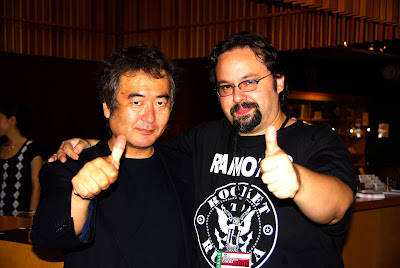