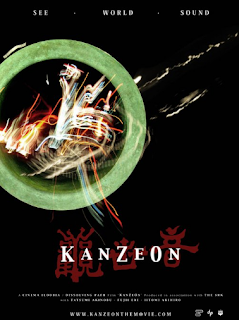 KanZeOn: The Magical Potential of Sound

"KanZeOn: The Magical Potential of Sound," Neil Cantwell and Tim Grabham’s one-of-a-kind documentary that received its world premiere at this year’s Shinsedai Cinema Festival, is one of those precious reminders of the monstrously underrated, visionary capabilities that lie in nonfiction film. It can certainly be called a documentary, but only in the broadest sense, as its main focus is not opinion, information or narrative, as is usually the case, but mood. Though it does contain interviews, they aren’t carried out in the same old “talking heads” format, nor is the film steered by other obtrusive techniques like scripted voiceover narration or an underlying thesis. Instead, it is made up of an expertly edited stream of imagery and sound that soothingly guides viewers through certain ideas, topics and states of mind, adopting an altogether more poetic approach to reflecting its subject matter.

The film’s full title is "KanZeOn: The Magical Potential of Sound," illustrating both a foundation in Buddhist ideas (Kanzeon is the Bodhisattva of Compassion) and an open, universal worldview explored through the lens of Shingon Buddhism. Three key people are at the centre of "KanZeOn," the first being Akinobu Tatsumi, a young priest in a temple outside Kumamoto who is also active as both a beatboxer and a DJ. Eri Fujii specializes in playing the sho, a rare bamboo flute that is said to resemble in both shape and sound the mythical phoenix. Lastly, there is Akihiro Iitomi, a teacher and Noh performer who plays the kotsudumi drum. The film periodically revisits these fascinating individuals as they see to their religious and musical duties and discuss their personal beliefs. Several scenes are devoted solely to them giving special performances: Tatsumi using a portable amplifier to beatbox in the middle of a rope bridge stretched across a deep valley; Fujii releasing shimmering, high-pitched notes from her sho in a sacred cave; Iitomi joining an ensemble performance of the Noh play Kiyotsune. Such sequences serve as direct invitations to appreciate their craft and consider how, each in their own particular way, they express and strengthen their devotion to culture and religion through music. 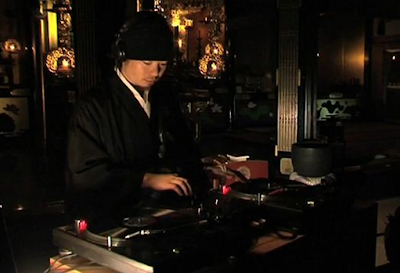 Much of "KanZeOn" is spent contemplating the special bond that exists between spirituality and sound. At certain points, the connection is made quite direct, whether through a fascinating lesson on proper chanting techniques or the many sequences that focus on priests conducting their prayers. Yet the film’s best moments burrow into the essence of spiritual contentment and its deep roots in both nature and art through mesmerizing, immersive passages that capture and magnify numerous sounds and images. Many of the latter are gathered from elemental sources: gently falling rain, a crashing waterfall, still forests, a full moon drifting across the night sky, a praying mantis shown in close-up. Drifting between these natural phenomena and various holy places, "KanZeOn" constantly maintains an air of respect, curiosity and, not least of all, meditation. The whole film is itself an act of contemplation, it seems, inviting its audience to discover and savor the intricate ties between art, inner peace, nature, tradition and sound. Perfectly fusing spoken ideas with ones illustrated through other means, Cantwell and Grabham display a remarkably sophisticated understanding of cinema and the special ways in which it can guide and shape viewers’ perceptions. What they accomplish here is entirely comparable to Andrei Tarkovsky’s own transcendent, thoughtfully constructed works.

As the above review may indicate, "KanZeOn: The Magical Potential of Sound" is not a film that’s easy to describe – and nor should it be. The key areas it addresses can be very elusive and deep, and all are given the treatment they deserve over its course. The film delivers a very special viewing experience that seems designed to reinvigorate one’s awe and curiosity about the currents of tranquility that course throughout the world. Using expressions of sound as a jumping board, it boldly delves into the many ways in which spiritual contentment can manifest itself, giving off a singular power of its own along the way.

Read more by Marc Saint-Cyr at his blog
Posted by Chris MaGee at 5:15 PM