The early films of Sion Sono to be compiled in DVD set by Pictures Dept. 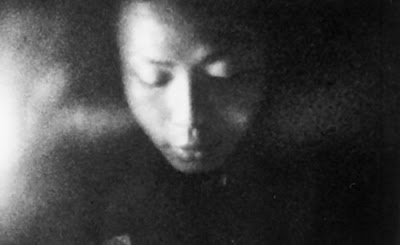 It's often overlooked, due to his present status as King of Japanese Extreme Cinema, that bad boy director Sion Sono was once an influential and controversial underground poet and experimental filmmaker. Just this past spring audiences at the 11th annual Nippon Connection Japanese Film Festival in Frankfurt, Germany were reminded of this when its programmers pulled together a full retrospective of Sono's early 8mm films and features, including 1984's "I Am Sono Sion!!!" (above) and 1990's award-winning "Bicycle Sighs". But now there is news that these films will be available for home viewers to dip into in the very near future.

Japanese distributor Pictures Dept. has announced that all of Sono's early work from "I Am Sono Sion!!!" to 2001's crossover cult hit "Suicide Club" will be compiled into a DVD set to be dubbed "Sion Sono Early Works: Before Suicide". No specific date has been announced for a the release of the DVD set yet, or if it will feature English-subtitles. One thing that is safe to assume is that the set won't show up before these early Sono films get their second retrospective treatment at this year's Torino Film Festival, which runs from November 25th through December 3rd.

Thanks to Film Biz Asia for this very welcome news.

CORRECTION: Pow-Wow friends Marc Walkow and Don Brown both brought to our attention that Pictures Dept. does in fact hold the rights to these early Sion Sono films, but that they are not releasing a DVD set themselves. Instead they are looking for a company to release these films on DVD. Our apologies for this error.
Posted by Chris MaGee at 8:10 PM

Sounds great, but has it been confirmed a Japanese dvd release is actually in the works? As far as I know Pictures Department is a rights holder, not a dvd publisher.

Here's a list of the titles they have for sale:
http://picturesdept.com/sales/beforesuicide

Only four of them have been released on dvd before. I had already lost hope of ever seeing the rest..

That's very strange. BICYCLE SIGHS is owned by PIA, and BAD FILM was never finished. Not sure how they're supposed to be selling these. And it'd be nice if they'd given KEIKO DESUKEDO an English title like the others.

I was also under the impression that Bad Film was never finished... Marc? Walcow? Please call Sono and ask, haha. Maybe someone has stolen his work print...

Sometime in 2009 or 2010 Sono mentioned a US company was preparing a box set of his early works. I hope that release is still coming, and will include all these films (as opposed to the ones that are already available on R2J).

(to be honest, I lost my patience and paid fortunes for the Japanese discs a while ago... I guess I should sell them now before they lose their value... I might still be able to rip some poor fella off...)