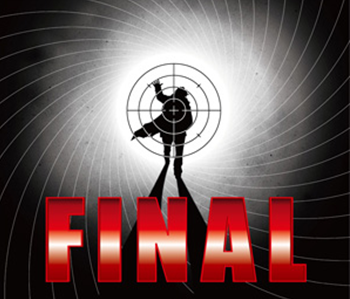 There have been a lot of successful TV to movie spin-offs at the Japanese box office in the past decade or so. "Boys Over Flowers", "Rookies" and "Liar's Game" are all good examples, but there have been few TV to movie success stories like the "Bayside Shakedown" films. The behind-closed-doors police department adventures of Detective Shunsaku Aoshima began on FujiTV back in 1997, and now, 15 years later, they will conclude with "Bayside Shakedown: The Final", set to be released in Japanese theatres in September of this year.

According to this post at Tokyograph the details of the film, directed by Katsuyuki Motohiro, are being kept under wraps at the moment, but apparently the story takes place two years after the events of "Bayside Shakedown 3" and involve an investigation taking place around a three-day energy summit.