Author of “Zoo” to get another film adaptation 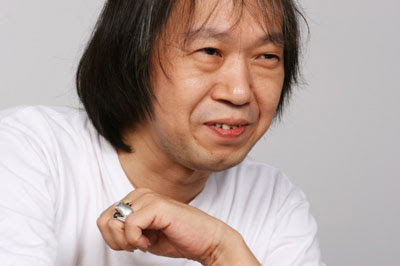 Some of you have probably seen the 2005 horror omnibus film “Zoo”. It gave five directors the chance to bring the macabre and disturbing universe of Otsuichi, the pen name of Japanese horror writer Hirotaka Adachi (pictured above), to the screen.

Now Tokyograph is reporting that one of those directors, Masaki Adachi, will be directing a feature length film adaptation of another Otsuichi short story. "Shinizokonai no Ao" tells the story of an abusive teacher and one of his students who seeks revenge for his mistreatment. Heartthrob Yu Shirota of the J-pop group D-Boys and Kenta Suga (Always: Sunset on Third Street) will star.

This should be an interesting, creepy little film as Adachi has previously worked with J-Horror icons Takashi Shimizu and Sion Sono penning the screenplays for both “Rinne (Reincarnation)” and “Exte”.

Read the Tokyograph report here: http://www.tokyograph.com/news/id-3005
Posted by Chris MaGee at 6:26 AM