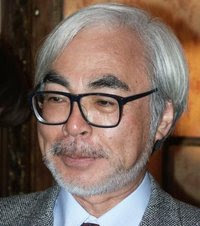 Harry Knowles over at Aintitcool.com has scored some truly breathtaking footage of what is apparently some test animation that was created by Hayao Miyazaki for a proposed “Adventures in Slumberland starring Little Nemo” film. As it happens the film was never made, but if this footage is the real deal, and I trust Harry that it is, then this could have really been something. It’s got all the hallmarks of great Miyazaki : a beautiful eye for detail along with airplanes and magical flight. Very reminiscent of his work on “Laputa” I think.

See for yourself over at Aintitcool.com: http://www.aintitcool.com/node/36346
Posted by Chris MaGee at 2:23 PM