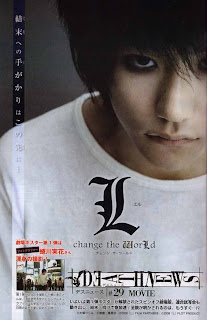 The festival starts next Friday, April 18th and runs until April 26th.

Check out the trailer for “L: Change the World” as well as the very funny, and somewhat disturbing trailer for this year’s Far East Film Fest directed by Hong Kong filmmaker Pang Ho-cheung.