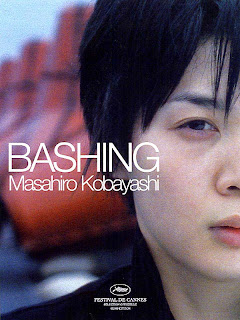 On April 8th, 2004 18-year-old Noriaki Imai along with two other Japanese aide workers were captured by insurgents in southern Iraq and held hostage for eight harrowing days. Their captors demanded that the Japanese government pull out their 600 troops deployed in Iraq, backing up their demand with frightening video footage of Imai with a knife to his throat and the muzzle of a machine gun to his temple. The Japanese public who had been vehemently against the deployment of troops in Iraq picketed outside the Japanese parliament, but Prime Minister Junchiro Koizumi would not bow to public opinion, nor would he negotiate with the insurgents. Surprisingly he didn’t even meet with Imai’s family and in the end Imai and the other two hostages were released unharmed, but only after a moderate Muslim cleric beseeched the kidnappers to do so.
When Canadian hostage James Loney was released by his Iraqi captors in March of 2006 he was greeted by an airport gate full of family, friends and members of the media all there to give him a hero’s welcome for having survived his four month long ordeal. That would not be the case for Imai when he returned to Japan. At the airport he was questioned for hours by Japanese authorities who were convinced that he and the other hostages had helped stage the video released by the insurgents. When this obviously proved false he returned home to a smear campaign created by Koizumi’s government and a Japanese public no longer demonstrating for his release, but calling him a hikokumin (a traitor). 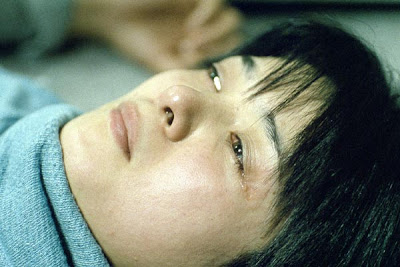 The following year director Masahiro Kobayashi brought his film “Bashing” to Cannes, and while it didn’t try to answer why someone like Imai was treated so terribly upon their return to Japan it did hold a mirror up to the situation. In Kobayashi’s film a young volunteer aide worker, Yuko, having been held hostage in Iraq returns to her home town in Hokkaido only to have her life and the lives of everyone around her collapse under the onslaught of anger and public shaming. She loses her job as a cleaning lady in a hotel because who she is disturbs the workplace, her answering machine is bombarded with vicious voice messages and her mailbox heaped with hate mail, her stepmother and father’s work is jeopardized as well leading to a horrible set of circumstances. Through it all Fusako Arabe gives a blistering performance as Yuko, a young woman who only wanted to see the world and help people, her youthful innocence now turned in on itself and twisted in her gut. “If you had so much time to volunteer,” her ex-boyfriend berates her, “then why didn’t you help people here!”
And it was this one sentence that brought home how an act of charity followed by horrific captivity would have been viewed by the Japanese as an act of treason. During its 260 years of isolation under the Tokugawa Shogunate Japanese citizens would be sentenced to death or permanent exile if they attempted to leave the island nation. Combine this with the samurai ethic of committing seppuku rather than facing the shame of capture, an attitude that continued on in the Imperial Army during WW2 and you begin to see why the Japanese people would react so strongly. Leave home to go to help people in a country that we’re at war with then get captured only to be returned home at a great emotional, political and financial cost to everyone?! It’s unthinkable in Japan where the concerns and troubles of the individual will always be trumped by the group.
Never does Kobayashi seem to pick a clear side in “Bashing” though. Its beautiful and sedate cinematography creates a permanent rainy day, a gray and green version of Yuko’s native country that has now become her own place of exile. In the end what can Yuko do when she has been deeply wounded not only by the outside world and by her own people? You will have to watch “Bashing” to know what Yuko decides.
Posted by Chris MaGee at 8:12 AM