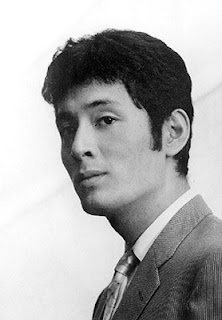 Tatsuya Nakadai is up there in my personal pantheon of favorite actors. Like Marlon Brando, Rod Steiger or Sean Penn he possesses a powerful screen charisma and a chameleon-like ability to shift from characters as diverse as an old-before-his-time bar manager in “When a Woman Ascends the Stairs” to a an elderly feudal lord losing grip on his kingdom and his sanity in “Ran”. The directors that he’s worked with in his 55 year/ 128 film career read like a roll call of Japanese cinema legends: Akira Kurosawa, Mikio Naruse, Hiroshi Teshigahara, Masaki Kobayashi, Kon Ichikawa, and the list goes on; and now New Yorkers will be able to see 24 of his greatest performances showcased in the retrospective “Nakadai” at the Film Forum from June 20th to July 17th.

Programmed by the Film Forum’s Director of Repertory Programming, Bruce Goldstien the retrospective will not only give fans the chance to see favorites like “Yojimbo”, “Sword of Doom” and “Kagemusha”, but in cooperation with The Japan Foundation 35mm prints of seven of Nakadai’s films that have never screened in North America before will be included:

Immortal Love - Keisuke Kinoshita (1961)
I Am a Cat Kon Ichikawa (1975)
Onimasa - Hideo Gosha (1982)
To top things off Nakadai will make a special appearance on June 24th for an evening of discussion, questions, and a signing of the retrospective book. Accompanying him will be Teruyo Nagami, long time assistant to Akira Kurosawa and a lifelong friend of Nakadai.

My mind boggles and I wish I lived in New York City… Damn my meager pay cheque to pay cheque existence! Damn it all to hell!

For more details on the Film Forum “Nakadai” Retrospective check out the offical website and thanks to Nippon Cinema for the heads up.
Posted by Chris MaGee at 8:00 AM