"Bandage" moves on without Ryuhei Kitamura 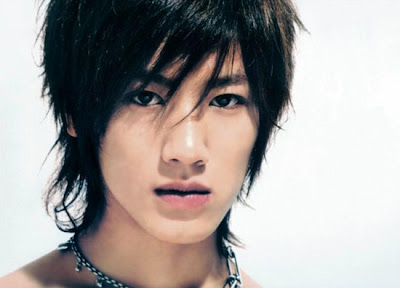 With Guns 'n' Roses "Chinese Democracy" album finally looking like it will actually be released next month I'll have to revert to picking on the one other hotly anticipated release that will probably never see the light of day: "Bandage", the film project announced way back in 2005 that was to be produced by Shunji Iwai and directed by Ryuhei Kitamura. Strange pairing, I know. "Bandage" is/ was supposed to chronicle the music business in Japan during the 1990's, territory that Iwai knows well as he got his start directing music videos during that era. There's been continued buzz online about the production since '05, but mostly from film bloggers wondering about the how, who and most importantly when of "Bandage" especially after Kitamura went off to Hollywood to helm the disaster that was "Midnight Meat Train".

But wait... Can this be true? According to a report posted today at Tokyograph production on "Bandage" is apparently moving ahead, and without Ryuhei Kitamura. Apparently he's out of the picture entirely (I guess off to direct that U.S. remake of "Versus") and longtime Shunji Iwai collaborator Takeshi Kobayashi has been chosen to direct. And there's more! Jin Akanishi (above) of Japanese pop outfit KAT-TUN will be starring in the film as Natsu, the frontman of a fictional band called LAND whose rise to fame will be the subject of the film.

This makes a lot more sense. Even though Kobayashi has never helmed a feature film he has worked with Iwai as the musical director/ composer on "Swallowtail Butterfly" and "All about Lily-Chou-Chou", and according to the Tokyograph report will be writing four original songs for LAND to perform. Kitamura's name made for great "what if?" headlines, but unless they were planning to include a 6 person sword fight somewhere in "Bandage" his involvement never quite added up for me.

Now before you start getting all wound up for the imminent release of this film wait for the other shoe to drop: production is set to begin on November 3rd, but "Bandage" isn't set for theatrical release until 2010(?!?!) What? Is there going to be a whole bunch of post-production CGI work done? If this were a Hollywood film this wouldn't be a surprise, but Japanese films move a hell of a lot quicker than their American counterparts. My advice... Don't hold your collective breath just yet on this one. At least we're getting "Chinese Democracy".
Posted by Chris MaGee at 5:06 AM