Observational filmmaker Kazuhiro Soda asks "Who is Sane?" with his latest project "Mental" 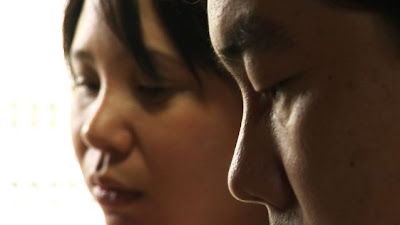 Instead of calling himself a documentary filmmaker Kazuhiro Soda would rather use the term "observational" filmmaker. His last film, 2007's "Campaign", observed the rough political rise of LDP underdog candidate Kazuhiko Yamauchi, a stamp and coin dealer with no background in politics, as he runs for municipal office in suburban Tokyo. (You can check out the trailer here.) Now Soda is taking us along with him as he observes the inner workings of the Japanese mental health system with his 2008 film "Mental".

Shot in the Chorale Okayama outpatient mental health clinic Soda follows a group of men and women struggling with depression, bi-polar disorder, eating disorders and "burn out syndrome". All are under the care of Dr. Masatomo Yamamoto, the man who founded the Chorale Okayama Clinic with the credo that people suffering from mental illness should be "able to live in society, not locked up in hospitals."

It seems like the right time for a documentary like "Mental", what with Japan having the dubious honour of having the highest suicide rate per capita of any first world country while the ruling LDP government continues to cut funding and services to mental health services in the country. A lot of other people think so to. "Mental" has already screened at a number of festivals including the year's Pusan International Film Festival, as well as being slated to screen at the upcoming Berlin International Film Festival.

Click here to check out the official site for the film as well as the fascinating trailer.
Posted by Chris MaGee at 4:03 PM