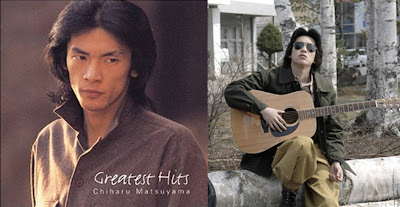 Ever heard of Chiharu Matsuyama? Well, if you live outside of Japan you probably haven't (I know I never have), but if you live in Japan you probably know the now 53-year-old singer who was a folk/ pop sensation in the 70s and 80s, if only from singing along to one of his songs during a night of drunken karaoke. Starting February 14th Matsuyama's profile might get a bit of a lift when "Tabidachi: Ashoro Yori" a film based on his autobiography of the same name will be released in Japanese theatres.

Directed by Kazuhisa Imai the biopic will have "Crows Zero" star Shunsuke Daito strapping on a guitar to play Matsuyama from the age of 19 when he was discovered by radio producer Kenji Takeda (Masato Hagiwara) through his years of selling millions of records and packing stadiums in the early 80's.

To be honest the trailer below looks pretty damn shmaltzy, but think it's always interesting to learn about an artist you've never heard of before. if you feel the same way you can listen to clips and watch videos of the now totally bald Matsuyama here at Last FM.

Thanks to CinemaCafe.net for the news of this release.