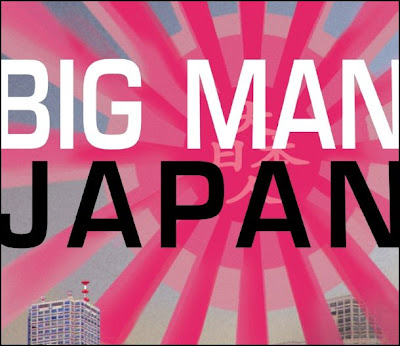 Ever since Hitsohi Matsumoto's "Dainipponjin", comic faux-documentary about Japan's last great giant hero, screened here at the Toronto International Film Festival's Midnight Madness programme I've had scores of people asking me, "When is it coming out on DVD?" For the longest time I simply didn't know. Magnolia Home Entertainment had acquired the North American rights and was planning on releasing it as part of their proposed genre wing, Magnet Releasing, but the whole process seemed to be dragging out forever. Now it seems the wait is almost over.

Magnolia has set up an official website for Magnet's Six Shooter Film Series complete with trailers and low and behold "Dainipponjin" re-titled "Big Man Japan" is amongst the half dozen films that will be "firing this October". Now we just have to work on getting someone to release "Detroit Metal City" on Region 1 DVD and all will be right with the world.

Check out Magnet's full Six Shooter Film Series here, and thanks to Todd at Twitch for this great bit of news.
Posted by Chris MaGee at 3:43 PM

..."detroit metal city" will be released in HK on DVD...yes, it's likely to appear in america, but at least you don't have to worry about a chance to see it, as you will with so many films you're (potentially) interested in...