"The next 'Okuribito'?" Takako Tokiwa to star in "Hikidashi no Naka no Love Letter" 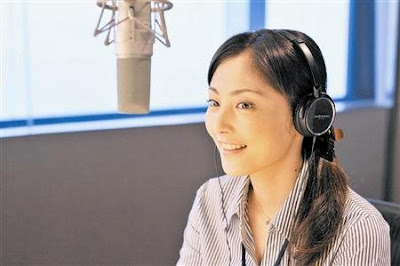 Like I've said before, Shochiku is always looking the the next big film... Takako Tokiwa (Twentieth Century Boys, After School) will be starring in what Shochiku execs are hoping will be "the next "Okuribito'", an adaptation of the Japanese bestselling book "Todokanakatta Love Letter". Helmed by televiosin director Shinichi Mishiro the film, titled "Hikidashi no Naka no Love Letter" will have Tokiwa playing the daughter of a radio show host who passed away before he could ever really get a chance to express himself. I'm assuming that will mean Tokiwa's character will be doing that for her departed dad. Will that mean we'll be getting a "Good Morning Vietnam"-era Robin Williams impersonation... or maybe a bit of shock jock Howard Stern antics. Now that's expressing yourself!

Okay, from the look of the still above neither of these scenarios seem likely, but we'll have to wait until October to see if Tokiwa and Mishiro don't try to pump out a little Martha and the Vandellas or sneak some strippers into the broadcast booth. That's when "Hikidashi no Naka no Love Letter" is set to hit Japanese theatres.

Thanks to Tokyograph for the story and Sanspo.com for the image.
Posted by Chris MaGee at 6:45 AM