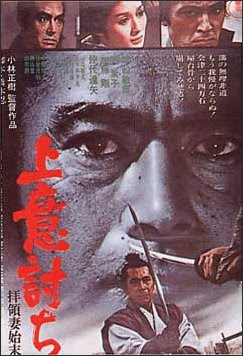 If you think your local government already has too much say in your daily comings and goings, just be glad you didn't live in the Tokegawa period.

Isaburo Sasahara as been a swordsman for his local lord for the better part of 20 years, but otherwise leads a rather subdued life. His skills aren't called on for much more than training others and his marriage is a loveless one. Fearing that his eldest son Yogoro will be trapped in a similar situation, he initially contemplates refusing an order from his lord that would enforce a marriage between Yogoro and one of the lord's mistresses. Yogoro accepts though (to preserve the name of the family) and the mistress Ichi becomes part of the household. As it turns out, Yogoro and Ichi are a perfect match and fall deeply in love. Though Isaburo's wife refuses to accept her because the lord essentially got rid of her, Isaburo feels revived - the happiness his son has achieved is like a fresh start for him.

So where's the rebellion? Well, their feudal lord hasn't finished with the Sasahara family yet. When it is discovered that the son Ichi bore for him while his mistress has now become the next in line to take power, she is summoned back as the new heir's mother. The fact that she now has a new life and a new baby daughter with Yogoro doesn't seem to matter. After all, the lord has offered the nursing services of a peasant's wife twice a day for the little baby, so why should they refuse? Every member of the Sasahara family - elders, cousins, Isaburo's wife and even Yogoro's younger brother - insist Ichi return. Everyone except Isaburo that is. Frankly, he's had it. He feels he's never stood up for anything in his life and he's now found a reason to draw the line. He passes along the "head of the family" title to Yogoro and coaches the young couple to stand firm. 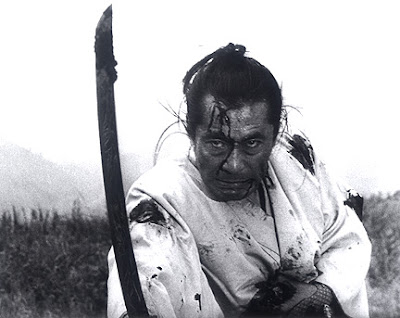 Toshiro Mifune plays Isaburo and instills in him an enormous amount of kindness and humanity. The quiet way he speaks of his daughter-in-law Ichi and of the renewed spirit he has found because of the young couple's happiness immediately makes you want to be more like him. He simply will not abide further injustices, so he and Yogoro make their stand. Isaburo's wife and youngest son have deserted and betrayed them by arranging for the kidnapping of Ichi, so aside from the peasant's wife they are alone.

Director Masaki Kobayashi subtly creates a masterpiece of storytelling. It creeps up on you, sucks you in and makes you feel as outraged as Isaburo himself. Kobayashi composes his frames so very carefully - you can see this at the outset of the film as we see wonderful shots and different angles of the Sasahara's house - and plays with shadows and light with painterly precision. It's all in service of the mood and tone of the film though, such as when he uses freeze frames to emphasize Ichi's anger during her outburst in the lord's house. Another quite stunning example is the appearance behind Ichi of the shadows of the branches from a tree swaying in gusts of wind outside - right at a point when she feels that even Yogoro and Isaburo may be turning against her.

It's a brilliant and beautiful film with one of Mifune's best performances.

Read more from Bob Turnbull at his blog.
Posted by Chris MaGee at 2:03 PM