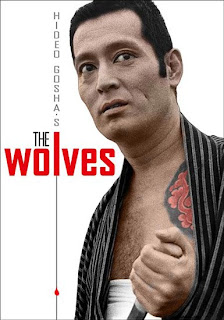 Reviewed by Matthew Hardstaff
By the early 1970’s, the ninkyo eiga, or chivalry film, had started the transition to the jitsuroku eiga, or true document film. The ninkyo eiga were one of the earliest types of yakuza films and had immense popularity throughout the 1960’s. They were an extension of the classic samurai film, presenting the underworld that the protagonists existed in as honorable, whether they were heroes or outlaws. Since the ninkyo eiga existed during the height of the Japanese studio system, they were churned out at a rapid pace. The cookie cutter mold forced the films to abide by a set of genre motifs, creating a sense of normalcy and comfort for the audience. They always dealt with the gangster’s inner struggle between giri (duty) and ninjo (personal feelings). Giri usually won. The gangsters usually personified cool, more akin to the films of Jean Pierre Melville. The jitsuroku films on the other hand depicted the yakuza as ruthless characters that weren’t bound by a code of honor. Kinji Fukusaku is credited with jump starting the jitsuroku eiga with his “Yakuza Papers” series, and those films really are the pinnacle of the genre. But there wasn’t a sudden, drastic change from one genre to another. There were definitely transitory films. Hideo Gosha’s “The Wolves” is one of those films. 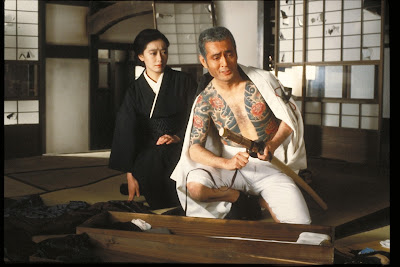 Set in the late 1920’s, “The Wolves” (aka “Shussho Iwai”) follows the exploits of Seji Iwahashi, played by the always amazing Tatsuya Nakadai, one of the best Japanese actors ever to grace the silver screen. After spending several years in prison after a brutal gang fight at a movie theatre, he’s released early, pardoned, along with several other yakuza, when the new emperor ascends the throne. However upon release, he finds the world of the yakuza he once new is now a changed place. His boss has been killed, and replaced by his former yakuza younger brother. On top of that, his gang has now formed an alliance with the very gang that he went to prison over. A mediator has been placed in charge of peace talks, to ensure that no more blood between rival gangs is spilled, and he suggests a marriage between the daughter of Nakadai’s deceased boss, and the new boss of his rival gang. Instead of a world were displeasure was expressed up front, through violence, it is now a world of shady deals between businessmen and backstabbing among friends. Everything finally comes to a head during a celebratory festival, as Nakadai discovers the truth between who killed his boss.

Even the narrative of “The Wolves” can be seen as transitory, laying the ground work for the new genre. It starts off like a typical ninkyo film, but unravels, revealing that the romanticized men that inhabit the honorable world of the yakuza are nothing more than a pack of rabid wolves. And while it doesn’t contain the real life basis that became synonymous with the jitsuroku genre, it does feature common themes. It was released a full year before Fukusaku really started depicting the world in the same way, and features many of the same actors, including former real life gangster Noboru Ando. “The Wolves” is visually striking and meditative in its pacing and treatment of its subjects and themes, as are most of Gosha’s films. But what really sets this film apart is Nakadai’s performance. You’d expect a great performance from Nakadai, but what you get is something truly special, and it’s all found in his eyes. There is such sadness behind his eyes for most of the film, such sorrow that the honorable world he once new is now dead, that it can’t help but move you. He spends most of the film dwelling in this sad place, content to remove himself from the only world he ever really knew rather than watching it tear itself apart. Of course, it’s only inevitable that he’s drawn back into the treacherous world, because there would be no real conflict, but it’s the look in his eyes that really drives the film forward, and stays with you long after the credits roll.

Read more by Matthew Hardstaff at his blog.
Posted by Chris MaGee at 2:01 PM