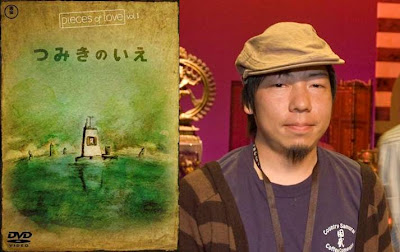 It's not often that you can report on back orders and waiting lists for an animated short film, but with Kunio Kato's "La Maison en Petit Cubes" winning the Best Animated Short Film at the Academy Awards a couple weeks back it makes sense. Variety Japan is reporting that the demand for the DVD of Kato's 12-minute short about an old man shoring up his sinking house with blocks has far outstripped its availability. How far is that? Well, Toho, who are distributing the disc for Kato's production company Robot, initially shipped 1,000 copies to stores in Japan on February 27th, but those almost instantly sold out. Currently retailers have over 10,000 copies of the DVD on back order and that number continues to increase. The demand has been so high that Toho has now made the DVD available for rental in video stores as well as for purchase. Way to go, Kato-san!
Posted by Chris MaGee at 2:02 PM