“Iwai in the World, in Asia” in Southern California 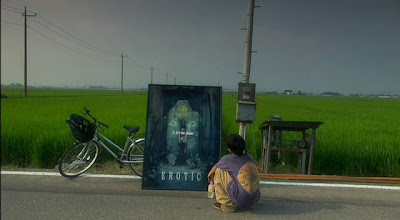 I think this may tip the balance in today's East cost West Coast rivalry today. The University of Southern California will be hosting an an event on April 18th called "Iwai in the World, in Asia" honouring the films and career of Shunji Iwai. They'll be screening two films, Iwai's breakthrough 1995 pan-Asian success "Love Letter" and what I feel is Iwai's masterpiece, 2001's "All About Lily Chou-Chou (above) at the Eileen L. Norris Cinema Theatre on the USC campus starting at noon. This would be good news enough, but what makes this event so special is that Iwai himself will be in attendance for a Q&A session with the audience following the screening of "Love Letter". Along with that there will be a special 2-hour panel discussion moderated by USC Professor Akira Lippet exploring Iwai's career and popularity across Asia. Personally I'd be a bit nervous discussing a filmmaker's career with him sitting in the front row listening to everything I said. It brings to mind that scene in "Annie Hall" when Woody Allen pulls out Marshall McLuhan who shuts a couple of pompous intellectuals discussing his theories, "I heard what you were saying. You know nothing of my work!" Oh well...

Head over to Wildgrounds where you can get additional details to this great day of Shunji Iwai films and discussions.
Posted by Chris MaGee at 3:02 PM