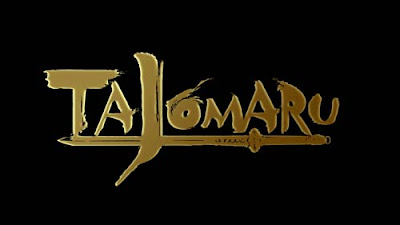 Back in January news broke that Hiroyuki Nakano, the man who brought us 1998's post-modern chanbara romp "Samurai Fiction" was making a return to feature filmmaking with "Tajomaru". Based on Ryunosuke Akutagawa's 1922 short story “In a Grove” which would later form the basis of Akira Kurosawa's "Rashomon" Nakano's film was pitched as more of a "romantic fantasy film than a historical drama". At it's center is Shun Oguri, of "Crows Zero" fame, as Naomitsu, the nobleman, portrayed in "Rashomon" by Masayuki Mori, who is attacked and killed by forest bandit Tajomaru (Toshiro Mifune) after the bandit rapes his wife (originally portrayed by Machiko Kyo. The idea of taking on one of the most iconic stories in Japanese literature and cinema sounds kind of strange doesn't it? I thought so too, and I'm not entirely sold on the idea; but when you figure this is coming from Nakano who didn't just direct "Samurai Fiction" but the 2001 revisionist take on the 60's ninja TV series "Red Shadow" and made a remake of "Seven Samurai" for pachinko machines... well it starts to make sense.

Now Nippon Cinema has snagged the first teaser trailer for the film due out in September in Japan, and the one thing that pops out at me is 66-year-old veteran actor Hiroki Matsukata as the titular Tajomaru. When news of this production first came out I had thought that Oguri was going to be playing the dreaded forest bandit, a terrible choice given his pouty baby face, but having the star of such yakuza classics as "Battles Without Honor and Humanity" and "Cops vs. Thugs" makes a lot more sense. Can he hold a candle to Toshiro Mifune? Probably not, but better Matsukata than Oguri.

Head to Nippon Cinema here to check out the trailer and judge for yourself: inspired reinterpretation or unnecessary remake?
Posted by Chris MaGee at 4:58 AM

Chris, did you attend to Nakano's Open Art Special in Nippon Connection ? There is no feedback about this intriguing 4-shorts program!