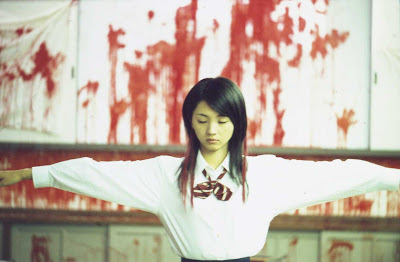 Well, the 2009 offering of the New York Asian Film Festival has come to a close, but as one final hurrah the folks at Subway Cinema and the appointed jury have announced the winners for this year's fest. No huge surprise that Sion Sono's 4-hour epic "Love Exposure" took the Grand Jury Prize. I've heard nothing but great things about this film and continue to kick myself for not taking those four precious hours to sit down with a screener of the film in Frankfurt at Nippon Connection. My only defense is that screeners are a less than ideal way to see a film, especially a film like "Love Exposure".

Along with Sono's big win the jury also honoured my favorite film of 2008, Ryosuke Hashiguchi's "All Around Us" with the Best Ensemble Performance Award and the Best Actress Award for Tae Kimura, which she so richly deserves.

You can check out all the winners at Subway Cinema's official site here, and then start the long process of gearing yourself up for next year's NYAFF.
Posted by Chris MaGee at 4:57 AM