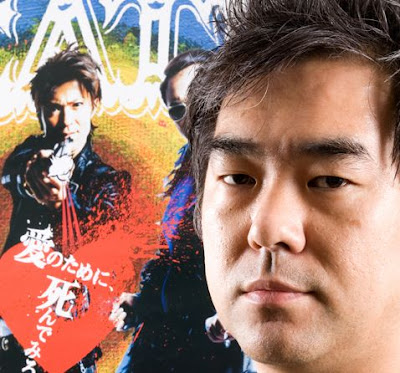 Every time news of a news Ryuhei Kitamura project comes up I go off on the same preamble: "'Versus'. 'Godzilla: Finals Wars'. He admires Hollywood films more than Japanese films. With Clive Barker's 'Midnight Meat Train' he got his shot at Hollywood, but it was a bad film," etc., etc, etc. Am I a big fan of Kitamura's work? No, but I know a lot of you out there are, so it's for you that I report on the 40-year-old director taking on the work of another iconic horror novelist.

According to the folks at Dread Central (via 24 Frames per Second) Kitamura is in talks with Our Thing Productions to direct the screen adaptation of Stephen King's 1989 short story "Home Delivery" which was collected in the author's 1993 story collection "Nightmares & Dreamscapes". "Home Delivery" tells of a group of townsfolk who live on a secluded island off the coats of Maine and their battle against rampaging zombies brought to life by a strange outer space anomoly. Geez... Hasn't the zombie trend, um... died yet? Besides that I wonder if Kitamura's flashy filmmaking style would fit with a Stephen King story. It seems like the best King adaptations have come from much more low-key filmmakers like Rob Reiner (Stand by Me), Frank Darabont (The Shawshank Redemption), and david Cronenberg (The Dead Zone). Okay, maybe Cronenberg isn't exactly low-key, but he doesn't have ninja sword fights in his films.

Kitamura got his start with zombies in 2000 with "Versus", but the question remains, what Hollywood film will he helm next? "Home Delivery" is apparently still in the development stages, and there was that report in July about Kitamura directing a live-action adaptation of Top Cow Productions comic "The Magdalena". We'll keep our ear to the ground to see which of these projects actually makes it out of development limbo.
Posted by Chris MaGee at 11:08 PM